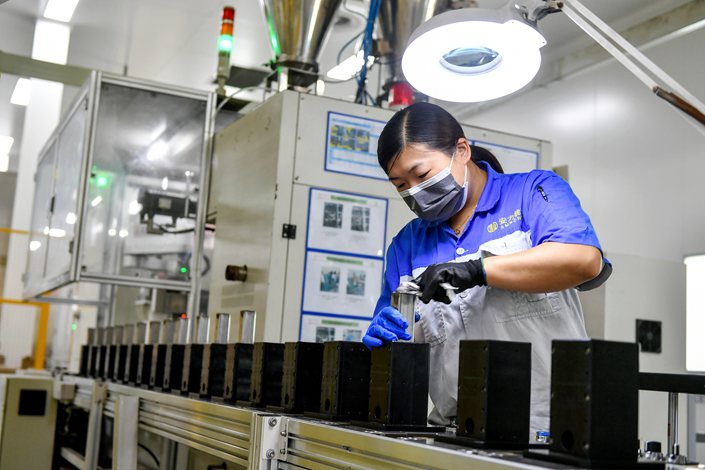 The contribution of high value-added industries such as advanced equipment manufacturing to China’s total economic inputs declined in August, a Caixin index showed in early September.

The Mastercard Caixin BBD New Economy Index (NEI) came in at 30.4 in August, indicating that new economy industries accounted for 30.4% of China’s overall economic input activities. The reading was down from 31.5 the previous month.

The capital input subindex, which has a 35% weighting, declined to 38.5 in August from 41.2 in the month before.

The technology input subindex, which has a 25% weighting, inched up to 27.5 last month. This gauge measures the number of research personnel recruited by the tracked industries, and the number of inventions they have created and patents they have obtained.

Of the 10 tracked industries, the new information technology industry was the largest contributor in August, making up 11.4 percentage points of the NEI reading.