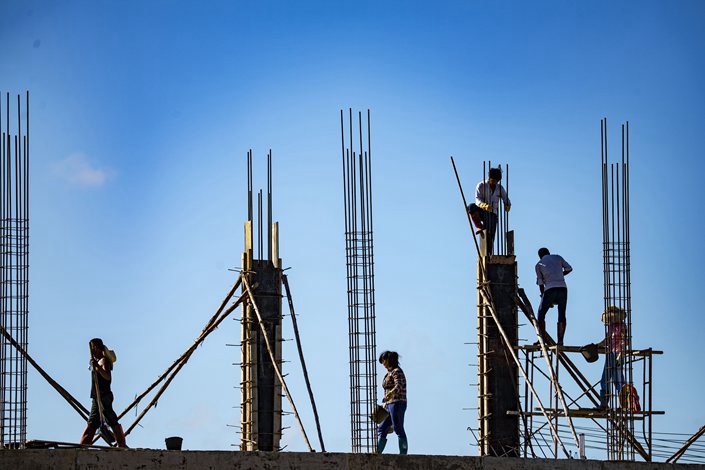 Five things on the details of China's new rules on financial holding firms.

China’s economy continued to recover from the Covid-19 pandemic in August, major indicators released Tuesday showed, as consumption grew year-on-year for the first time this year.

Retail sales, which include spending by households, governments and businesses, rose 0.5% year-on-year last month, reversing a 1.1% drop in July, according to data (link in Chinese) from the National Bureau of Statistics (NBS). The reading was the same as the median forecast in a Caixin survey (link in Chinese) of economists.

A general economic recovery and relaxation of epidemic control measures have boosted consumption as people have been more willing to go out and spend money, Fu Linghui, an NBS spokesperson, said at a Tuesday briefing (link in Chinese).

Value-added industrial output, which measures production by factories, mines and utilities, grew 5.6% year-on-year (link in Chinese) in August, accelerating from a 4.8% rise the previous month. The reading was better than the median forecast of a 5.2% rise in the Caixin survey.

Fixed-asset investment, a key driver of domestic demand that includes infrastructure spending, fell 0.3% year-on-year (link in Chinese) in the first eight months. That was an improvement from the 1.6% drop over the first seven months, and milder than the median forecast of a 0.5% drop in the Caixin survey.

Infrastructure investment, which consists of spending on construction of roads and railways and is generally led by the government, shrank 0.3% year-on-year in the first eight months, narrowing from a 1% decline in the January-to-July period.

Investment in real estate development remained strong, rising 4.6% year-on-year (link in Chinese) in the first eight months, accelerating from a 3.4% rise in the January-to-July period.

“Growth in industry and construction is likely to remain strong since fiscal spending is set to be ramped up further during the rest of the year,” economists at London-based Capital Economics Ltd. wrote in a note, adding that the recent surge in industrial profit growth had also boosted the prospects for manufacturing investment.

The labor market showed a mild improvement as China’s surveyed urban unemployment rate eased to 5.6% (link in Chinese) in August, NBS data showed, down from 5.7% the previous month.

But it remained difficult for college graduates to find jobs. Last month, the surveyed unemployment rate for people aged 20 to 24 with a junior college degree or above was 5.4% higher than the same period last year, according to the NBS’s Fu. The graduate unemployment rate rose in August, implying high employment pressure, he said at the briefing.