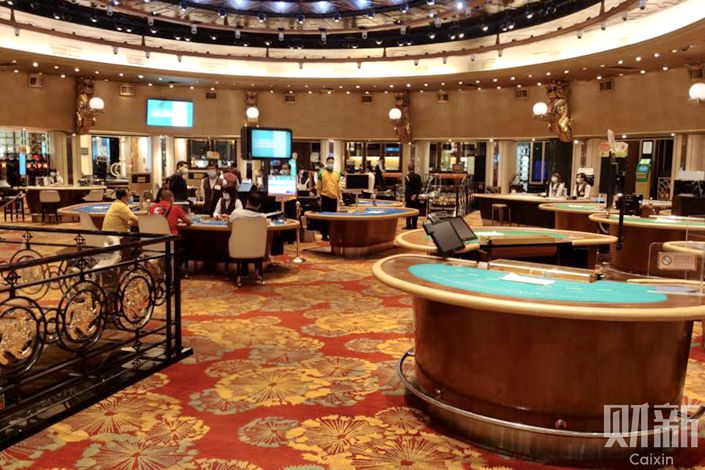 China eased the rules because both the mainland and Macao have gotten their coronavirus outbreaks under control. Photo: Huang Shulun/Caixin

The central government is again allowing Chinese mainland residents to travel to Macao and has invited foreign workers stuck outside China to return, in two major signs that the country is starting to reopen its border.

Since Wednesday, mainland residents have been able to apply for travel permits to Macao, with the exception of those who live in or have just traveled to areas associated with mid- to high-level Covid-19 infection risks within 14 days, according to a statement issued by the National Immigration Administration.

An influx of mainland tourists could help the Asian gambling hub reverse its fortunes as it has been battered by fallout from the coronavirus pandemic.

The change came nearly eight months after the government stopped accepting applications in January for travel permits to Hong Kong and Macao, as it intensified efforts to contain the virus.

Cutting off the stream of mainland visitors has stifled Macao’s casino-dependent economy. In 2019, two-thirds of registered visitors to Macao came from the mainland. From the time the ban took effect to the end of August, the number of tourists visiting Macao collapsed 87% from the same period the previous year to 3.57 million.

Mainlanders make up more than four-fifths of Macao’s gamblers, according to casino industry estimates. The absence of these spenders in the city — known as Asia’s answer to Las Vegas ­– has strangled casino revenues for the first eight months of this year, which plunged 81.6% year-on-year to 36.4 billion patacas ($4.5 billion).

With gambling mostly outlawed in Hong Kong and on the Chinese mainland, the former Portuguese colony is pretty much the only game in town. And its gambling industry is a large source of revenue for the local government. In 2019, Macao’s gambling industry contributed more than 112.7 billion patacas in tax revenue, accounting for over 80% of the government’s regular fiscal revenue.

China eased the rules because both the mainland and Macao have gotten their coronavirus outbreaks under control. It has been 178 days since there was a local case in Macao and 89 days since it saw an imported one. Since the pandemic began, Macao has had a total of 46 cases, with the last patient discharged in June.

The neighboring city of Zhuhai resumed issuing travel permits to Macao in August. It was the first mainland city to do so, and was followed by other cities in South China’s Guangdong province.

Chinese nationals are required to obtain an exit-entry permit from local authorities before traveling to the special administrative regions of Hong Kong and Macao. But that’s not the only paperwork they have to obtain. They must also present a certificate confirming that they have tested negative for Covid-19 within the past seven days.

On top of the resuming travel permits to Macao, China has reopened its borders to foreign visa-holders who got stranded overseas during the pandemic. Foreign nationals with valid Chinese residence permits for work, certain personal matters and reunion affairs will be allowed to reenter starting Monday, according to the latest notice from the national immigration administration. Foreign tourists, however, will remain barred from China indefinitely.

The two changes come as China has been gradually resuming its international air links. In June, the national airline regulator allowed carriers to resume international routes to and from China.