Hong Kong Exchange Chief to Step Down Early at Year-End 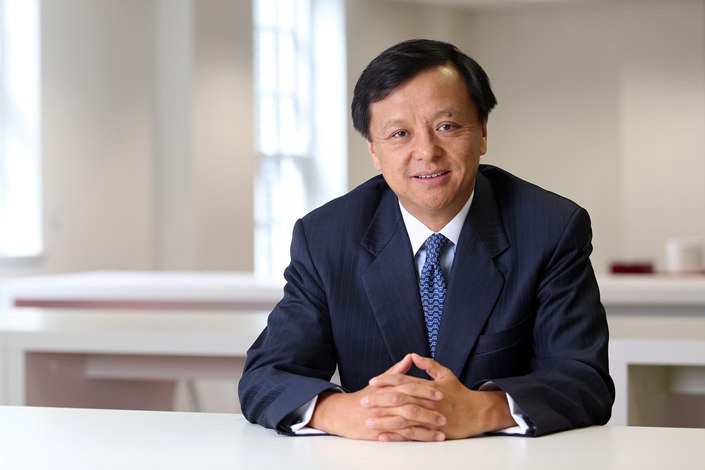 Charles Li, chief executive of the Hong Kong stock exchange, will step down earlier than expected at the end of 2020 after leading the Asian exchange group more than a decade, the bourse said Tuesday in a filing.

Li informed the board of Hong Kong and Clearing Ltd. (HKEX) that he wished to retire early from his role as chief executive on Dec. 31, the company said. He will take a role as senior adviser to the board for six months starting Jan. 1 to ensure a smooth transition.

Calvin Tai, the chief operating officer and a company veteran, will serve as interim chief executive starting Jan. 1, the HKEX said. The appointment won approval from the city’s securities regulator.

Li was scheduled to step down in October 2021 when his term ends. He said in May that he wouldn’t seek reappointment and was willing to step aside earlier if a suitable successor were found before then. Li is to turn 60 next year.

The HKEX said in May that it formed a selection committee led by Chairwoman Laura Cha to find a successor to Li.

“Considerable progress has been made, and an announcement will be made in due course,” the company said Tuesday.

Cha lauded Li’s contribution to the company. Li “played a pivotal role in the growth of Hong Kong’s capital markets and has ensured HKEX is very well placed for the opportunities and challenges,” Cha said.

Li was named HKEX chief executive in January 2010 and has since been reappointed three times, making him the longest-serving head of the company since it went public in 2000.

During Li’s tenure with the HKEX, the company started stock and bond connect programs that allowed investors in Hong Kong and on the Chinese mainland to trade on each other’s markets. It also implemented a dual-class share IPO system that allows listed companies to have different types of shares that correspond with different voting rights and lured money-losing biotech companies to list.

Alibaba’s fintech arm Ant Group is set to be the next mega listing on the Hong Kong exchange, aiming to raise as much as $30 billion in a concurrent offering with the Shanghai exchange.

It is unclear what Li’s next chapter will be after his departure from the HKEX. In a May meeting with reporters, Li said he won’t start retirement life.

Born in Beijing, Li worked as an offshore oil driller in China's northern Bohai Bay in the late 1970s before he became a reporter at state newspaper China Daily. He later studied in the U.S., earning a master’s degree in journalism from the University of Alabama and then a Ph.D. in law from Columbia University.

After practicing law in New York, Li joined Merrill Lynch as an investment banker and in 1999 became head of the company’s China division. He became chairman of J.P. Morgan China in 2003 and led the bank’s China operations for six years before he joined the HKEX.

“Being chief executive of HKEX has been the highlight of my career to date,” Li said Tuesday in a statement. “There is never a perfect time to stand down from a great company such as HKEX, but given the strength of our business as well as our markets, it is now the right time.”

The HKEX has benefited from a spate of high-profile Chinese stock listings and a pick-up in trading as the pandemic and China-U.S. tensions stoked volatility. First-half net income rose to a record HK$5.23 billion ($674 million) on the back of a 13% gain in core revenue, the bourse reported in Month.

The surge of listings by Chinese technology enterprises amid concern over their U.S. listings attracted an influx of investors to the bourse, propelling its share price up by almost 50%. Stock trading jumped 33% in the first half, helped by an increase in inflows from the mainland.