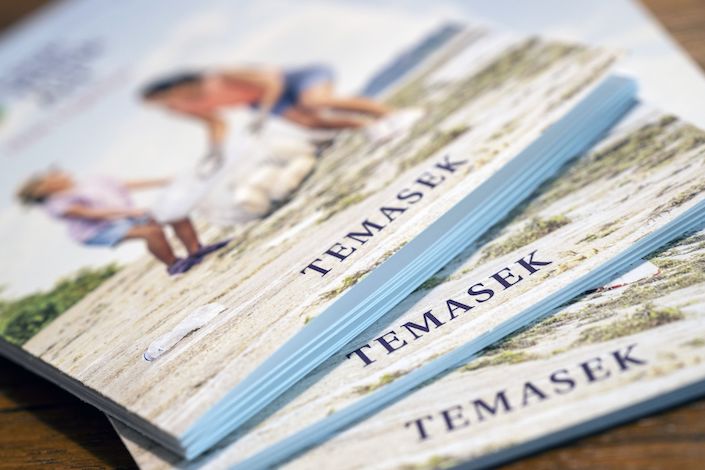 (Bloomberg) — Temasek Holdings Pte.’s investments in China surpassed those in its home market of Singapore for the first time following gains by companies including Alibaba Group Holding Ltd., according to the state investment company’s annual report.

Temasek’s exposure to China rose to 29% of assets as of March 31, compared with 24% for Singapore, the lowest percentage for its home market since the company was formed in 1974. The valuations of the biggest local holdings, from Singapore Telecommunications Ltd. to DBS Group Holdings Ltd., tumbled this year as Covid-19 hit global markets.

The investment giant has been adding to assets in China despite the rising risk of a political and economic decoupling from the U.S. Its exposure to China, which includes stakes in Industrial & Commercial Bank of China Ltd. and Meituan Dianping, compares with 17% in North America and 10% in Europe.

“We are optimistic on China over the medium term,” said Yeoh Keat Chuan, senior managing director, enterprise development. He said he expects government stimulus to support the recovery and jobs.

BlackRock Inc. and Temasek received approval in August to jointly build an asset-management business in China with China Construction Bank Corp., the latest of several pushes by the Singaporean investor into the country’s financial services industry.

Other China holdings include a stake in Alibaba affiliate Ant Group, which is set to go public in Hong Kong and Shanghai this year, seeking a $225 billion valuation, according to people familiar with the situation.

“We do like what they are doing in the Chinese financial services space, providing inclusive finance to a large swath of the population that previously may not have had access to credit,” Png told reporters in a briefing Tuesday. “There is quite a lot of potential for Ant going forward.”

Geopolitics is understood to be one of the reasons behind the state investor’s decision to swap half of its stake in Alibaba from U.S. shares to Hong Kong-listed stock — a move that was also made by several major investors to mitigate any potential fallout from sanctions against the e-commerce giant.

Temasek has considerable cash on its balance sheet but will be “selective” in making investments given the current uncertainty, Png said. The recent investment in BlackRock is an example of the deals the fund is seeking, she said.

The U.S. accounted for the largest share of new investments during the fiscal year, followed by China and Singapore.

Temasek reported its worst result in July since 2016 with a portfolio decline of 2.2% for the year ended March 31. Its net portfolio value fell to S$306 billion ($224 billion) from S$313 billion a year earlier.

The investor had been on track for gains during its first three quarters, but the coronavirus pandemic caused global markets to crash in March. Many public equity markets have since bounced back. Any gains will be appear in the company’s fiscal 2021 results.

Temasek International Pte. Chief Executive Officer Dilhan Pillay previously said the market rebound should be viewed with caution as “Covid-normal” will be more complex for investors, alongside a lower-returns environment and geopolitical uncertainty.

“As valuations have gone up and the risk/rewards are not as compelling, we are being more selective,” he said. “But there continue to be some areas along our long-term trends that are not only just beneficiaries of Covid near-term but actually their growth has been accelerated by Covid and will sustain in a post-Covid world.”

Investments in financial services were the largest component of the portfolio, making up 23% of assets. About 48% of holdings are in unlisted assets — up from 42% last year — with the bulk of the rest in publicly listed shares. The company added to its stakes in PayPal Holdings Inc., Visa Inc. and Mastercard Card Inc. New technology investments included Duck Creek Technologies in the U.S., and Kuaishou Technology and MiningLamp in China.

Some of Temasek’s biggest holdings have been heavily affected by Covid-19, with the state investor backing capital raising for some of the country’s biggest entities. Singapore Airlines Ltd., which is majority-owned by Temasek, last month said it spent half of the S$8.8 billion it raised through share sales in two months.

The Heliconia Capital Management Pte. unit was also in talks to help fund local shipping line Pacific International Lines Pte., which is struggling to cope with the steep decline in global trade.

Temasek is the majority shareholder in Singapore Telecommunications, whose shares have dropped by a third this year. It’s also the biggest investor in DBS, Singapore’s largest bank, which dropped about 20%.

Not all of Temasek’s deals have survived Covid-19. Last month it scrapped a S$4 billion bid to buy a majority stake in Keppel Corp. after the oil-rig builder posted a second-quarter loss that was large enough to trigger the Material Adverse Change clause.