Most Infection Victims in Factory Negligence Case to Get $1,115 or Less 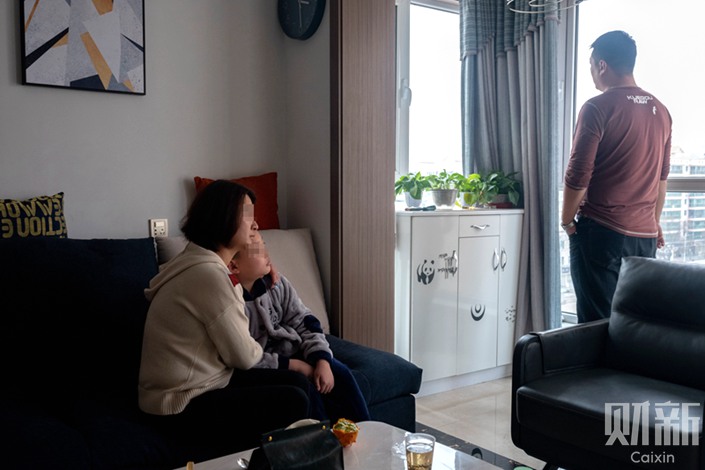 Local authorities said in December that only 203 people had tested positive for brucellosis antibodies since the leak, but a Caixin investigation later found the scope of the outbreak was much larger.

Most of the more than 3,000 people infected with a potentially lifelong disease due to a state-run factory’s negligence are in line to receive modest sums of up to 7,571 yuan ($1,115) in compensation, according to documents sent to victims earlier this month.

But some of those infected with brucellosis in the Northwest China city of Lanzhou said they disapproved of the proposals, which outline four different plans based on the results of recent antibody tests and evaluations from so-called expert groups. The proposals also prohibit victims who take the money from pursuing further action against the factory.

While most of the 3,000-plus people infected with the disease will only get modest sums, a much smaller group that is suffering long-term health effects is eligible for considerably larger amounts. Multiple victims told Caixin they thought the proposals were unfair, lacked transparency and failed to account for the potential costs of managing a disease with permanent health effects.

The row follows the belated admission by municipal health authorities last month that a bacterial leak at the Lanzhou biopharmaceutical factory had caused more than 3,000 people to contract brucellosis since last year, after a Caixin investigation found officials had dragged their feet on diagnoses and information disclosures.

Health authorities said at the time that brucellosis victims would start receiving compensation from October, but did not provide further details. Since Friday, infected people in the disease-hit neighborhood of Yanchangbao have begun receiving proposed compensation plans, actual contracts to implement those plans and results from their latest health checks.

The proposed compensation agreements offer four different plans depending on when the infected individual tested positive for brucellosis antibodies and whether experts conclude that their conditions will adversely affect their health.

People who tested positive for antibodies before July 16 but later tested negative would receive a 3,000-yuan payout for the psychological distress, 635.64 yuan to cover three days of lost earnings, and 150 yuan in travel costs — totaling 3,785.64 yuan.

At the most severe end of the spectrum, people who tested positive both before and after July 16, whose cases have been deemed by experts as harmful to health, and who have been left disabled or with other serious ailments, will receive one-off payments equivalent to 24,454 yuan per year for between five and 20 years depending on their age. Those over 60 will generally receive less than young and working-age people.

The families of people who died after contracting brucellosis are entitled to claim a total of 38,668 yuan paid in six monthly installments, according to the plan.

But multiple victims contacted by Caixin, all of whom requested anonymity due to the sensitivity of their cases, slammed the proposals as unclear and unfair. One said doctors informed her in March that she had missed the window of opportunity to most effectively treat her brucellosis and would have to manage the potentially debilitating chronic form of the disease for life.

Results of her latest medical checkup found high amounts of brucellosis antibodies in her blood in July. But experts did not consider her condition “harmful to health” — meaning she would only be entitled to 7,571 yuan.

Several victims said the documentation did not identify the expert groups analyzing their cases. “We don’t know who they are, which organizations they work for, and what basis they use for their evaluations,” one said. “Why do some people’s evaluations say there’s no harm to their health, when they’ve still got symptoms?”

Other victims took aim at the clause that prohibits recipients from pursuing further damages of any kind in the future after payments are made, and requires them to keep the details of the agreement confidential.

A 30-year-old victim contacted by Caixin said they would refuse to sign the agreement as it would effectively prevent them from seeking further compensation for future medical expenses. “If the bacteria are still in my body and I get more symptoms later, I don’t know how hard it will be to claim damages,” the victim said.

The oversight caused the bacteria to enter the factory’s exhaust and infect residents in the surrounding area. The disease, which is typically spread via contact with infected animals, causes recurring fevers, joint pain and severe headaches, and can lead to chronic fatigue and other symptoms if left untreated.

Local authorities said in December that only 203 people had tested positive for brucellosis antibodies since the leak, but a Caixin investigation later found the scope of the outbreak was much larger.

In the months after the leak, many residents said local doctors seemed reluctant to issue brucellosis diagnoses or order aggressive treatments, leading thousands to miss the crucial window for the most effective treatment and experience diminished quality of life. Last month, the Lanzhou Health Commission finally admitted that 3,245 people had contracted brucellosis.