By Yang Ge and Luo Guoping 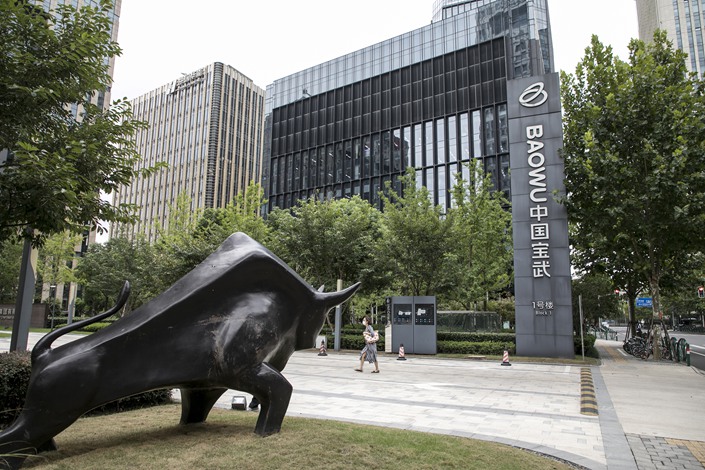 Leading Chinese steelmaker China Baowu Steel Group Corp. Ltd. will take over a struggling peer that is one of the country’s top producers of mining equipment and related services, in the latest step of a Beijing campaign to consolidate the industry.

The move will see Sinosteel Corp. entrusted to Baowu, according to Sunday announcements from two of Sinosteel’s publicly traded units, Sinosteel Engineering & Technology Co. Ltd. and Sinosteel Anhui Tianyuan Technology Co. Ltd. They said Sinosteel, a centrally administered state-owned asset, has yet to learn the exact nature of its entrustment to Baowu.

Both Baowu and Sinosteel are among the nation’s largest state-owned enterprises (SOEs) administered from Beijing by the State-owned Assets Supervision and Administration Commission (SASAC).

Beijing has embarked on a campaign to whittle down the total number of companies in SASAC’s portfolio through mergers of peers with similar backgrounds. At the same time, it is also consolidating a national steel industry that produces over half the world’s output, but has become highly oversupplied as China’s own spending on infrastructure has slowed in recent years.

Baowu itself is a product of a merger four years ago that created a company with capacity to produce 58 million tons of steel annually at that time. It grew further still this year when plans were announced for it to take over two smaller companies, Taiyuan Iron & Steel Group Co. Ltd., and Chongqing Iron & Steel Co. Ltd., giving it total annual capacity of as much as 110 million tons.

Meantime, Sinosteel is a specialist in mineral resources, mining equipment and engineering and logistics services for the metallurgical industry. It was established in 1993 as the amalgamation of a wide range of related state-owned assets in the early reform era as China started to try to rationalize its massive state-owned sector.

With the addition of Sinosteel, Baowu won’t obtain any new steelmaking capacity, but instead will get more resources to develop its upstream capabilities as it looks to secure steady supplies of iron ore and other material to fuel its operations.

But Baowu will also have to contend with a company in weak financial position, the result of an aggressive expansion that left it saddled with huge debt in the first part of the 21st century. Sinosteel’s assets totaled 64.35 billion yuan ($9.6 billion) as of June last year. It had net liabilities of 63.21 billion yuan, leaving it with just 1.14 billion yuan of positive net assets.

The net liabilities came from an overaggressive expansion that elevated Sinosteel onto the list of the world’s 500 biggest companies from 2009 to 2011, with more than 180 billion in total assets. But the overly aggressive expansion finally caught up with it in 2014 when it missed some loan repayments.

A later investigation would show that through the end of 2014, the group and its 72 subsidiaries had more than 100 billion yuan in debt owed to more than 80 domestic and international banks. One of the company’s few valuable assets is its stake in the Channar Iron Ore Mine in Australia, which was one of China’s first major investments in overseas resources when it started production in 1990 and which Sinosteel co-owns with local giant Rio Tinto PLC.