Sinopec Looks Beyond Oil for Growth With Hydrogen Investment 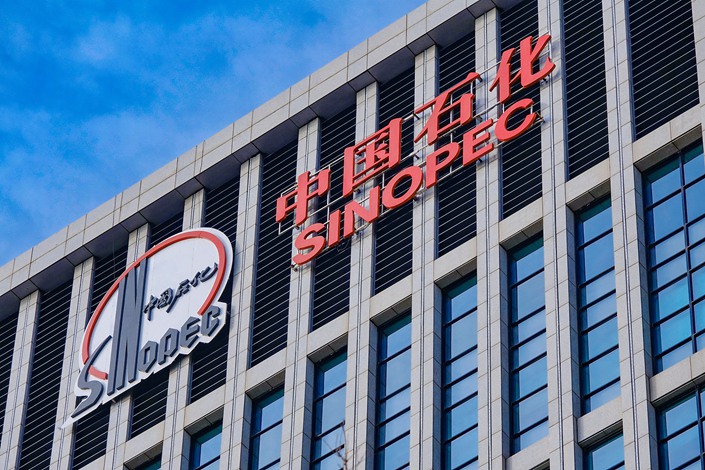 The expansion into new energy offers the staid China Petrochemical Corp. a new path forward as the country’s leadership is expected to make environmental protection and the green economy a greater priority in the upcoming five-year plan.

The state-owned oil giant known as Sinopec Group is set to invest in hydrogen energy through a fund it set up in August, as it seeks to broaden its expansion into energy sources that aren’t fossil fuels.

The expansion into new energy offers the staid China Petrochemical Corp. a new path forward as the country’s leadership is expected to make environmental protection and the green economy a greater priority in the upcoming five-year plan, which covers 2021 to 2025.

Sinopec Capital Co. Ltd. and the Enze Fund (link in Chinese) it set up in August reached an agreement Saturday with Cummins (China) Investment Co. Ltd. to develop technology to produce hydrogen fuel through electrolysis, Sinopec Group announced in a social media post (link in Chinese).

Enze Fund General Manager Zhou Yuxuan told Caixin that Sinopec Group aims to expand into the new energy sector through financial investment as it’s becoming more urgent for the company to undergo a transformation. “Currently the traditional energy industry has faced great impact and we’ve been thinking how to sustain the growth momentum for Sinopec in the next few decades and transform it into a comprehensive energy provider,” she said.

Sinopec has struggled recently amid a gloomy global economy featuring low oil prices. In the first half of this year, China Petroleum and Chemical Corp., Sinopec Group’s Hong Kong-, Shanghai- and New York-listed unit, booked a net loss of 22.9 billion yuan ($3.4 billion), a reversal from a net profit of 31.3 billion yuan in the first half of 2019, its interim report showed.

In 2019, Sinopec Group produced over 3 million tons of hydrogen, accounting for about 14% of the total amount produced nationwide, the company said in the Saturday announcement.

Zhou said that the technology to produce hydrogen by electrolysis of water is still quite lacking in China and “our goal is to introduce projects (from abroad) that use such core technology.”

China’s hydrogen energy industry is still in an early stage of development, Zhou said. One hurdle remains the high cost of production and the fact that the industry’s development still relies on government subsidies in some areas, she said.

The Enze Fund was formed by Sinopec Capital on Aug. 31 and has received about 2 billion yuan in its first phase of investment. The fund aims to primarily invest in fields such as new materials, new energy, energy conservation, environmental protection and smart manufacturing, according to a September article (link in Chinese) on the company public relations platform.

Sinopec Group’s move to invest in new energy is in line with the country’s general strategy to promote the green economy. Its top leaders are set to hold a key meeting from Oct. 26 to Oct. 29 to discuss the 14th Five-Year Plan, which will cover almost every aspect of China’s economy and society.

Environmental protection is expected to be one of the key focuses of the upcoming plan. Wang Tao, head of Asia economics and chief China economist at UBS Investment Bank AG, wrote in a September commentary in Caixin that her team predicts China will set higher standards for environmental protection and pollution emissions in its new five-year plan, including a requirement that non-fossil fuels will account for a smaller share of overall energy consumption in the country.