Sinopec Group Slims Down Amid Push to Reinvigorate State Firms 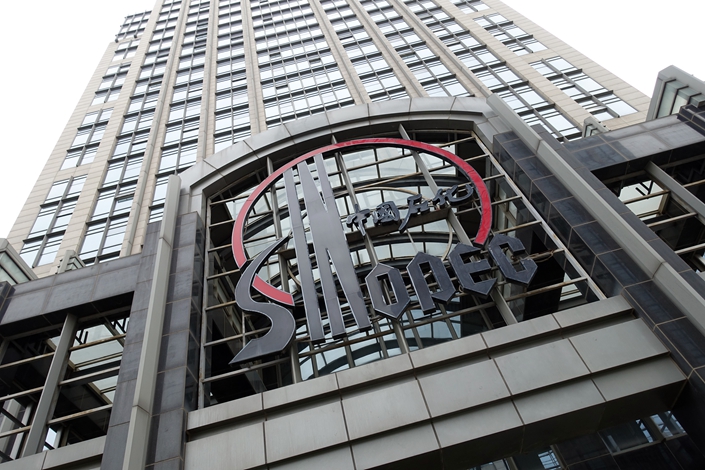 China Petrochemical Corp., better known as Sinopec Group, plans to streamline its corporate structure by cutting its main business divisions from five to four, as the central government continues its push to make state-owned enterprises (SOEs) leaner and meaner.

For its reorganization, Sinopec Group plans to consolidate its five major business divisions into four: capital finance and support, refining and sales, chemical engineering, and oil, gas and new energy, according to an announcement (link in Chinese) on its website. It has also decided to reduce the number of its smaller divisions, such as mining area management, from 30 to 20.

The State-owned Assets Supervision and Administration Commission (SASAC), which oversees the country’s centrally administered SOEs on behalf of the State Council, China’s cabinet, helped make such reorganization possible earlier this year when it delegated greater management powers to SOEs in hopes of making them more responsive to the market. According to a list that SASAC released (link in Chinese) on June 5.

The move aimed to give SOEs more power to streamline their operations through staff reductions and corporate reorganization, said Zhou Lisha, a SASAC researcher.

Another part of Sinopec Group’s reorganization plan is to create a three-tier administrative system, consisting of strategy and capital operations, business operations and enterprise implementation. At a meeting on Thursday, Sinopec Group Chairman Dai Houliang voiced his support for the change to improve efficiency.

This is the second time Sinopec Group has changed its corporate structure. In July 2018, it created divisions for international cooperation and capital finance.

A researcher in the petrochemicals industry told Caixin that Sinopec’s reorganization will not affect the financial results of its subsidiaries.