Beijing Speeds Up Efforts to Shake Up State-Owned Enterprises 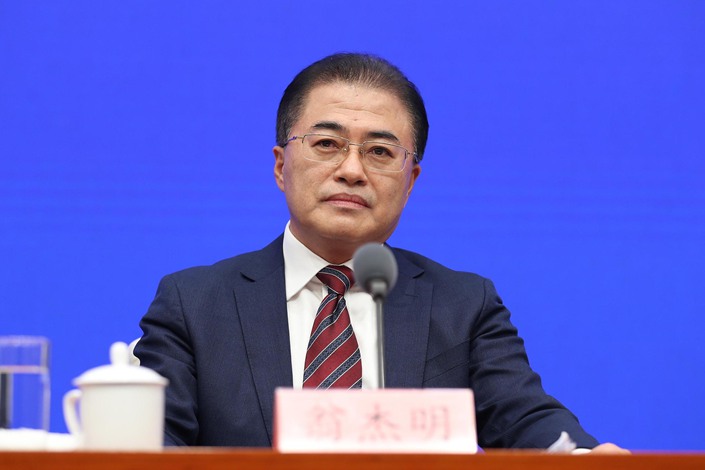 Major state-owned Chinese firms will be encouraged to sell significant stakes of themselves to outside strategic partners, under a new three-year program that marks the latest move in Beijing’s campaign to make the group more efficient and market-oriented.

Weng made his remarks at a news conference to discuss the new three-year campaign, which will run through 2022 and is part of a drive that Beijing hopes can create world-class companies from its state-run giants. While such companies generally do well in China due to their state support and frequently protected status in their sectors, most are still highly bureaucratic and inefficient in other ways due to lack of major competition.

Weng said the latest program is aimed at boosting the country’s broader “mixed-ownership” reform program that dates back to 2013. That plan also encourages the introduction of outside partners, often specialists from the private sector. Such partners were often also allowed to take small stakes in the company as part of the package, but such stakes rarely came up to the latest 5% threshold.

Weng said the latest program is aimed at taking the mixed-ownership program to the next level, in part by improving the shareholder structure at big SOEs.

The 5% threshold is considered significant, especially among publicly listed companies, because it often entitles the investor to a say in management and other strategic decisions at the company. China’s securities law also states that holders of more than 5% of a company are considered “insiders” with access to privileged information, and are thus subject to higher scrutiny than smaller shareholders.

China first unveiled the mixed-ownership reform concept in 2013, and since then the State Council, SASAC and other agencies have rolled out new policies to implement the program. The drive has gained urgency in recent years as China opens many formerly controlled sectors to both domestic and foreign private sector competition. The campaign has also moved to center stage as China seeks to wean such companies from government support, responding to complaints of unfair subsidies.

Weng said that transforming management mechanisms at SOEs will be a focus area in the latest stage of mixed-ownership reform.

Since the mixed-ownership program began in earnest, centrally-administered SOEs have received 1.5 trillion yuan ($223 billion) in investment from outside partners since 2014, according to SASAC. Such investments totaled 170 billion yuan in the first eight months of this year, up 28% year-on-year. Some 70% of all centrally administered SOEs have now engaged in mixed-ownership reform of some type.

The list of companies in the program is extensive, and covers a wide range of both centrally and locally controlled enterprises that collectively accounted for around a quarter of China’s economic output as recently as 2017. Some of the biggest deals include China Unicom, which announced its mixed-ownership reform plan with several prominent high-tech names in 2017; and China Eastern, one of the nation’s top three airlines, which announced a similar plan for its cargo unit the same year.