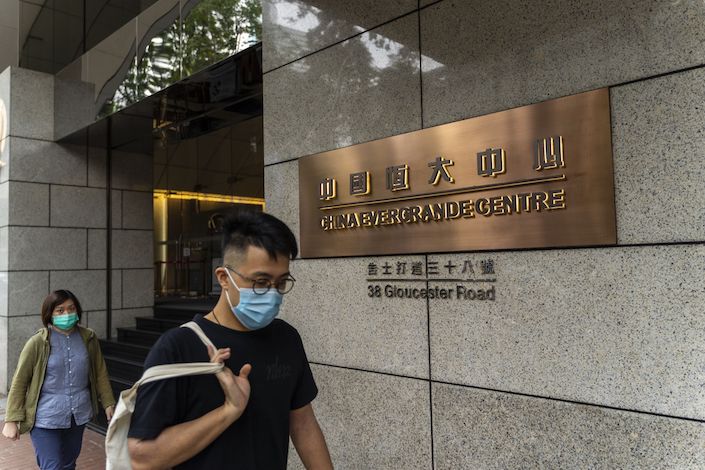 (Bloomberg) — China Evergrande Group is seeking as much as HK$8.43 billion ($1.09 billion) in a share placement, accelerating efforts to shore up its balance sheet after a liquidity scare last month that rattled investors and Chinese regulators.

The world’s most indebted developer is selling 490 million shares for HK$16.50 to HK$17.20 each, a discount of as much as 14.7% from the last closing price in Hong Kong, according to terms of the deal obtained by Bloomberg News. Evergrande, which is also expected to price a new yuan-denominated bond as soon as Tuesday, has an option to sell an additional 120 million shares.

While billionaire Hui Ka Yan’s junk-rated property behemoth bought itself some breathing space in late September after striking a deal with investors to avoid $13 billion of repayments, the company is still engaged in a dash for cash as it tries to restore confidence in its finances. It’s cutting prices on new homes to lure buyers, pursuing listings for its property-management and electric-vehicle units and tapping markets for fresh capital to repay a wave of maturing debt.

“The placement should tide them through,” said Kerry Goh, chief investment officer at Kamet Capital Partners Pte. “But I don’t think $1 billion is sufficient for them to be able to pare down their large debt. This is just sending a signal to buy some time from creditors to work out the capital structure through the sale of assets or fundraising.”

The planned top-up placement will allow Evergrande to raise money quickly from investors without diluting Hui’s controlling stake in the company. In a top-up placement, major shareholders place their existing holdings with independent investors and then subscribe for additional new shares. This means that the investors are effectively buying new shares and the proceeds will flow to the company.

News of the offering provided a lift to Evergrande’s offshore bonds, raising its 8.9% notes due 2021 to 96.5 cents on the dollar, the highest since Sept. 23. In the onshore market, one of the company’s units is seeking to raise as much as 2.1 billion yuan ($310 million) this week via a new five-year note.

Evergrande’s total debt pile exceeds $120 billion, about $5.8 billion of which is maturing in the next two months, data compiled by Bloomberg show.

The developer’s shares closed Monday at HK$19.34, down 31% from a 15-month high reached in early July. Markets in Hong Kong were closed Tuesday because of a typhoon.

Evergrande’s liquidity challenges surged to the fore last month after reports that the company sent a letter to the provincial government of Guangdong warning that payments coming due in January could cause a cash crunch and potentially lead to cross defaults in the broader financial sector. News of the plea for help sent Evergrande’s stock and bonds tumbling even as the company dismissed the concerns as based on rumors and “fabricated” documents.

The placement will help Evergrande win back trust from creditors and boost its cash balance by 5% from the first half of the year to close to 150 billion yuan, Bloomberg Intelligence analysts Daniel Fan and Carmen Lee said.

Still, the discount on Evergrande’s offering is wider than those offered by rival developers in other share placements this year. Sunac China Holdings Ltd. sold $1 billion of shares at a discount of 8.25%, while China Vanke Co. offered an even tighter discount of 4.8%.