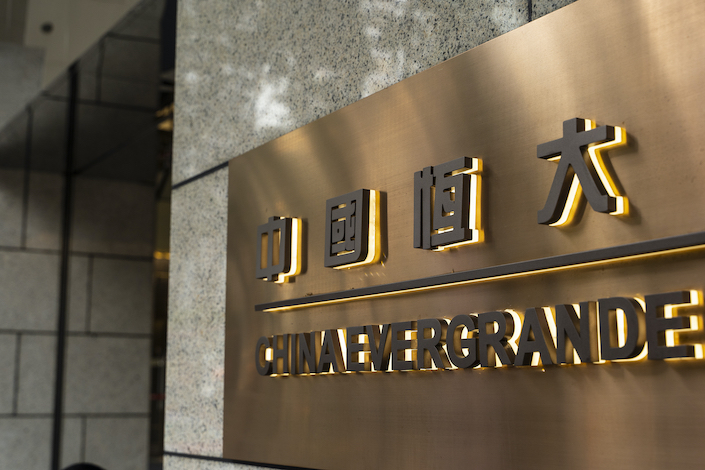 China Evergrande Group breathed a sigh of relief after it reached an agreement with a group of strategic investors that agreed not to request buyback and are willing to continue to hold the developer’s equity.

The development was a major step toward avoiding an imminent cash crunch.

The nation’s largest developer by assets has been in the spotlight recently after reports that it warned provincial officials of a liquidity squeeze if it failed to win approval for a backdoor listing on China’s A-share market by Jan. 31, 2021, as part of an agreement with the strategic investors.

Evergrande raised 130 billion yuan ($19 billion) from strategic investors including Suning Appliance Group and Citic Group. As part of the investment contract, Evergrande agreed to buy back the investors’ stakes at the original price if it didn’t secure regulatory approval for its backdoor listing early next year.

The Hong Kong-listed company tried to inject almost all of the property assets held by its unit Hengda Real Estate Group Co. Ltd. into the Shenzhen-listed Shenzhen Special Economic Zone Real Estate & Properties Group Co. Ltd. But the listing plan has yet to obtain regulatory approval after nearly four years.

Last week, a letter circulating online showed Evergrande seeking government support for a corporate restructuring. The letter dated Aug. 24 purportedly was sent from Evergrande to the Guangdong government, warning that the developer could trigger a series of risks in the financial system if it failed to complete the asset restructuring. The company said its cash flow might collapse as it may need to repay the strategic investors, the letter said.

Although Evergrande denied the authenticity of the document and said it reported defamation to police, the company’s publicly disclosed debt situation suggested the risk warnings might not be groundless.

Over the years, as a result of a highly leveraged expansion, Evergrande has accumulated nearly 900 billion yuan of debt with an average cost of nearly 9%, meaning it needs to pay out more than 80 billion yuan of interest each year.

Evergrande was also one of the 12 top developers that regulators summoned to a meeting Aug. 20, notifying them of a pilot program aimed at limiting real estate companies’ ability to take on more debt. The developer had breached so-called “three red lines”—caps on liabilities-to-assets ratio, net debt-to-equity ratio and cash ratio— and was therefore banned from new borrowings.

In the last few days, the company disclosed progress in reducing debt and recouping cash through property sales. It also won approval from the Hong Kong Stock Exchange to spin off its property management unit. It seeks to raise $1 billion to $2 billion from the offering, depending on market conditions, according to people familiar with the matter.