Shenzhen Party Chief Vows to Press Ahead With the Hard Part of Reform, Despite Potential Resistance 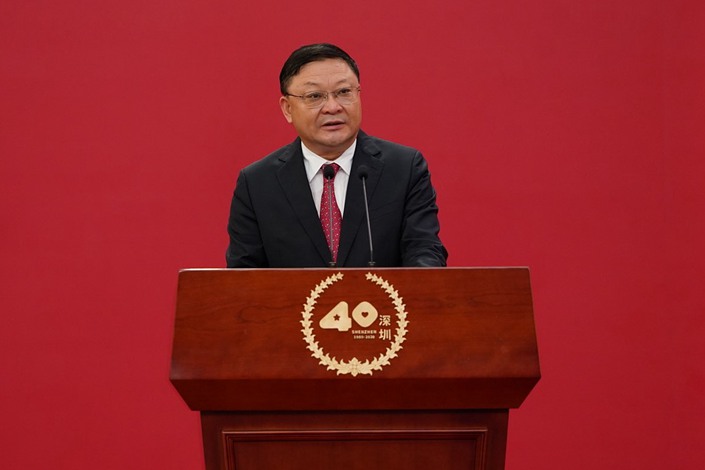 The Communist Party chief of Shenzhen, China’s pioneering city of reform and opening-up in the southern province of Guangdong, vowed to press ahead with the hard part of the city’s reform agenda regardless of potential resistance from vested interests.

Wang Weizhong, party chief of Shenzhen, said during an interview with national broadcaster CCTV on Sunday that it’s now harder for Shenzhen to continue on the path of reform than it was 40 years ago when the city became a special economic zone, an experiment in China’s economic liberalization process.

The city’s reform agenda has stepped into “deep water,” and some of it is in “no man’s land,” he said, referring to policies that have not yet been piloted in the city. He added that “the hardest part is to eat someone else’s cake,” meaning to take away some group’s vested interest that stands in the way of reform.

However, Wang said the city is determined to succeed in becoming the country’s model for an innovation-driven economy, although some leading companies in the city, including telecom giant Huawei Communications Co. Ltd., have been hit hard by Washington’s “maximum pressure and attack.”

The party chief’s comments came as questions have been raised as to whether Shenzhen can press forward with its reform agenda after 40 years’ of pioneering and in the face of the U.S.’ decoupling pressure.

On Wednesday, in a ceremony celebrating the special economic zone’s 40th anniversary, President Xi Jinping urged the city to take the lead in advancing the country’s reform agenda with “greater political courage and wisdom” amid “unprecedented challenges” including pressures of global competition for technology and talent.

He said Shenzhen should persist in “comprehensively” deepening reform and “unswervingly” expanding opening-up. “Shenzhen will also take the lead to realize socialist modernization. This is the historical mission of Shenzhen given by the CPC Central Committee in the new era,” he said.

Xi further urged his colleagues and fellow party member to develop an economy with innovation as the “top driving force,” calling it “the fundamental way out” of global competition pressure.

The Chinese leadership has also granted the city more decision-making authority on some policy pioneering, including rezoning certain agricultural land for industrial use, a mandate that’s usually up to the central government.