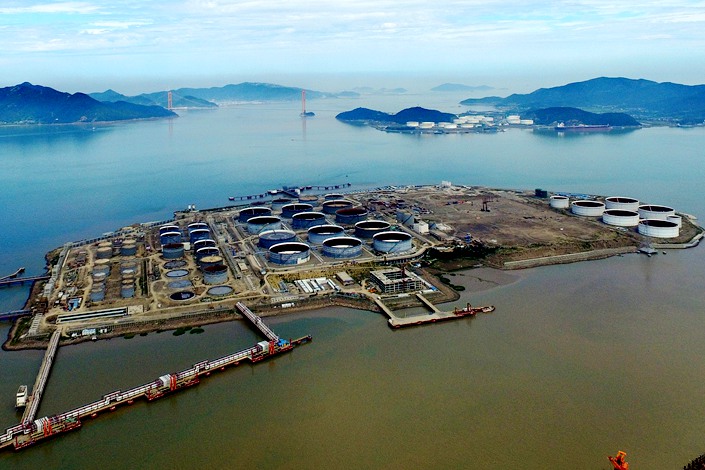 Struggling under a mountain of debt, Brightoil hasn’t disclosed its earnings for any quarter going back to mid-2018.

Debt-ridden private oil firm Brightoil Petroleum (Holdings) Ltd. will get the boot from the Hong Kong Stock Exchange Tuesday after it spent three years with its shares suspended from trading.

The delisting, which the company made public in an exchange filing Friday, came after Brightoil failed in January to fulfill the required conditions to resume trading, paving the way for the end of its 12-year listing in the Asian financial hub.

Struggling under a mountain of debt, Brightoil hasn’t disclosed its earnings for any quarter going back to mid-2018. Its half-year report that year suggested that the company had HK$22.32 billion ($2.88 billion) in liabilities at the end of 2017, but it remains unclear what debts it has now.

Specializing in oil drilling, fuel storage, and refueling, Brightoil had once been a major petroleum supplier. It had a fleet of tankers for international business, including five very-large-crude-carriers and 40 tankers. Together, the 45 vessels had a combined shipping capacity of 3 million tons.

However, Brightoil lost most of its luster when its financial woes came to light in 2017. The company delayed the release of its financial results for the fiscal year through June 30 of that year, which led to the start of its three-year suspension from trading.

In a bid to get the suspension lifted, Brightoil began restructuring its debt, but it wasn’t enough. In 2018, a court ruling forced it to sell 12.6 million shares of Tencent-backed WeBank after it failed to repay a loan of 339 million yuan ($49.3 million) to Ping An Bank Co. Ltd. Brightoil's other creditors include Toyota Tsusho Corp., TransAsia Private Capital Ltd. and a subsidiary of Xiamen International Bank Co. Ltd.

In April 2019, a Hong Kong judge declared Brightoil’s founder, Xue Guanglin, bankrupt. The announcement came after Vietnam National Petroleum Corp., one of Brightoil’s biggest suppliers, sought Brightoil’s bankruptcy liquidation after it failed to pay for $30 million worth of products.

In its delisting filing, Brightoil said its vessels have been seized by creditors and sold, and the firm is selling part of its interest in some oil storage facilities in the city of Zhoushan, in East China’s Zhejiang province.