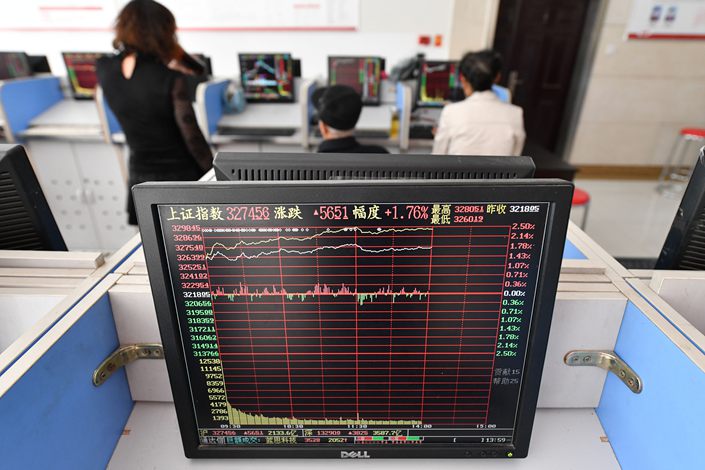 Poor Western pundits — they have gone “tech blind.” Since this bull market began, big tech stocks are all they see—in America, China and everywhere in between. Just as they credit Facebook, Amazon, Apple, Netflix and Google for American stocks’ rise since March, they shriek that China’s rebound teeters on a narrow tech base. They say Alibaba, Tencent and Meituan thrive in Hong Kong while mainland stocks languish. Don’t believe it. This global rally is sturdier than most believe — including Chinese A-Shares, where the bull market is big and broad. And tech isn’t leading it.

Globally, big tech and tech-like stocks have excelled since March 23’s low. Already leading pre-crisis, they featured business models that paired perfectly with a socially distanced world. Strong balance sheets and cash flows cushioned the contraction’s blow as they outperformed in the downturn — and soared in the rebound. Through September 2, world tech stocks were up 70.8% from the low, versus global stocks’ 49.7% rise. Big tech-like stocks in the consumer discretionary and communications services sectors surged, too. Alibaba jumped 64.4% and Meituan soared 224.0%. In the U.S., Facebook climbed 95.9% while Amazon rose 78.0%.

Since then, tech led a sharp selloff that has pessimists crowing. With tech behemoths faltering, the bull market has no legs to stand on, they claim. Infected with the confirmation bias I detailed here in June, pessimists see only negatives reinforcing their views. Hence, too many make too much of the tech-led dip. They forget: volatility — and temporary leadership reversals — are normal.

Bears say stocks are “exhausted” after a torrid five months. But that isn’t how markets work, at all. Consider U.S. stocks for their 90-plus years of sound historical data. There have been 34 prior 5-month streaks of S&P 500 gains since 1928. Of these, 28 followed bear market or correction lows — like now. After these 34 runs, stocks rose in over 80% of the next 6, 12 and 18 months — way above average. When that 5-month rally topped 25% cumulative returns — like now — stocks climbed in 100% of subsequent 18-month periods. That doesn’t mean gains are automatic. It means “exhaustion” isn’t a valid bearish argument.

Crucially, pessimists miss that this bull market is much more than tech — as mainland Chinese stocks prove. MSCI’s China A Onshore Index — which excludes Hong Kong-listed Alibaba, Tencent and Meituan — gained 31.8% from the March 23 low through October 2. Of the 714 firms in the index, 563 — nearly 80% — rose over that stretch, with nearly half up 20% and one-third outperforming the index itself. Sector-wise, Chinese tech is doing well on the mainland, up 25.4%. But other areas are up more. Consumer staples stocks led the way, rising 57.9%. Healthcare and consumer discretionary — both growth categories, like tech — also excelled, rising about 47% each. Overall, 10 of 11 mainland sectors gained at least 15%. Even the laggard — energy — is positive, up about 7%.

In America and worldwide, the bull market is similarly broad. Through October 2, all but 16 S&P 500 stocks rose off March 23’s bottom — 400 returned more than 20%. Europe? Its economy is often maligned as old, stodgy and tech-less, but 91% of continental Europe’s stocks are up since the low, almost three-quarters by fully 20%. These big, broad-based gains are normal in bull markets. Yes, this time, too.

How can markets rise so broadly amid Covid’s continuing economic headwinds? Because stocks look forward, always and everywhere. They’re gauging the future roughly 3 to 30 months out: sometimes the near end, sometimes the far end. During the downturn, lockdowns forced global markets to pre-price the very near-term economic fallout fast. But once they did, stocks shifted focus toward 30 months out, beyond Covid. This “action” and timing is normal in and after a panic.

Hence, the current environment favors growth stocks globally — as it has on the mainland. Since the March 23 low, Chinese mainland growth stocks are up 42% — doubling value’s 21%. It makes sense, too, given the unique circumstances confronting businesses today. Banks dominate Chinese value stocks. They face headwinds from low interest rates and fears over potential loan defaults. Airlines, hoteliers and firms exposed to travel are small value. That began returning to China, but their future trends are deteriorating heading into winter. No surprise, then, that the mainland’s worst-performing sectors are energy, utilities, real estate and finance — all lacking growth exposure.

Building a strong portfolio means you can’t own only the biggest leaders — otherwise any sudden shift in leadership can whack your returns. You must diversify. That’s why this bull market’s underappreciated breadth is such good news. That so many see a fragile, thin market here and abroad adds bricks to this bull market’s wall of worry — a bullish factor. While current conditions favor big tech and growth stock leadership, there’s plenty of positivity to go around.