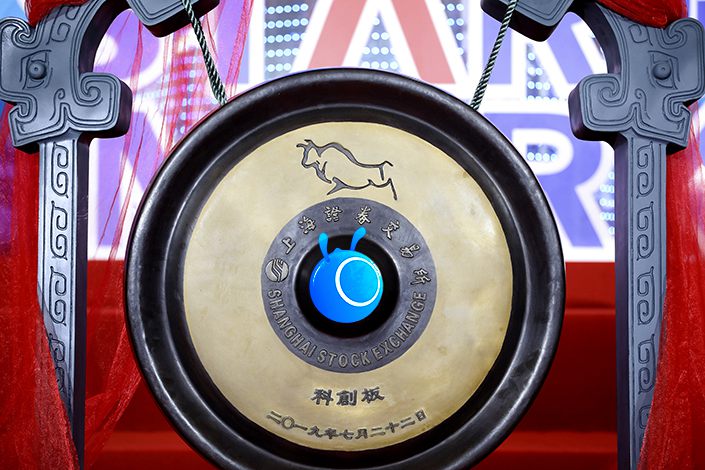 Ant Group has set its Shanghai IPO price at near 69 yuan per share, which would give the company a market valuation of around 2.1 trillion yuan.

The company priced its dual listing on the Hong Kong Stock Exchange at HK$80 ($10.32) a share, about the same as the price on Shanghai's STAR Market, according to regulatory filings released Monday. The concurrent share sale will raise $39.41 billion after overallotment, surpassing Saudi Aramco’s record $29.4 billion offering around the beginning of this year.

Ant Group said the price values the company at 96.48 times 2019 net profit attributable to the parent company. In the first six months of 2020, net profit attributable to the parent company increased 1,460% from the same period last year and exceeded that of the whole year of 2019. Based on adjusted net profits for the 12 months ended in June, the price-to-earnings ratio would be 48.12 times, compared with multiples of 39.24 for Alibaba and 49.09 for Tencent Holding Ltd.

“It was the first time such a big listing — the largest in human history — was priced outside New York City,” said Jack Ma, an Alibaba cofounder and controlling shareholder of Ant Group, at the Bund Summit Saturday in Shanghai.

One investment banker told Caixin there is still room for Ant Group’s share price to rise after the listing, given the bright prospects of its growing digital finance businesses.

Built on the foundation of Alipay, the payment platform that Alibaba set up in 2004, Ant Group has grown into a juggernaut that owns the world’s largest payment service and the biggest money-market fund platform. The Alipay app boasted 731 million monthly active users at the end of September, up from 711 million at the end of June, according to unaudited financial data disclosed in the latest prospectus released last week.

In response to inquiries, 7,500 potential investors bid 60.13 yuan to 73.10 yuan a share and subscribed for 88.97 billion shares, 23 times the offering size. Under Chinese mainland market rules, companies are required to survey institutional investors on their potential IPO prices and set the final price based on the findings.

Investors usually bid for new offerings based on investment-value analysis reports provided by underwriters and sponsors, but to increase their winning odds, more and more investors follow core institutions. A number of mutual fund managers told Caixin that they would privately inquire about bidding prices from core institutional investors and then offer the same prices.

Ant Group booked 118.2 billion yuan of revenue in the first three quarters this year, nearing its 2019 total, the prospectus showed. The company’s gross profits rose 74.3% year-on-year to 69.5 billion yuan in the period.