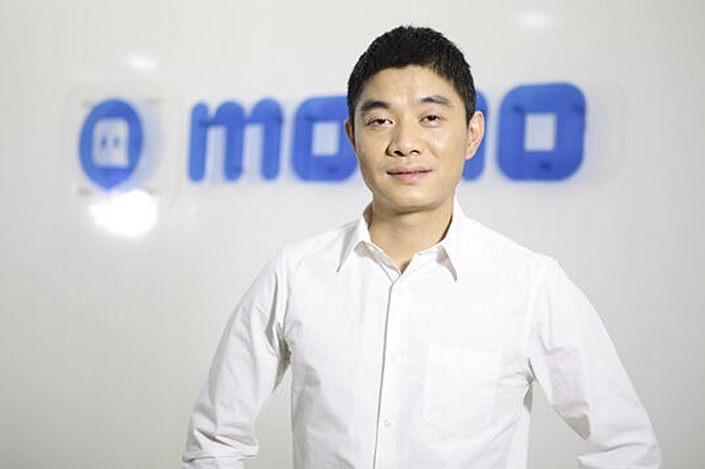 The founder of Momo Inc., which operates two of China’s top dating apps, is stepping down from his CEO position as the company struggles to reverse a long term decline in revenue growth.

Tang Yan, who founded Momo in 2011, will become chairman of the board, the company said in a press release Friday. The statement said Wang Li, chief operating officer and president, will be the new CEO. The staffing changes will take effect on Nov. 1.

Tang endorsed his successor in the press release, adding that Wang’s decade of experience in the company make him the ideal choice.

The shuffle is unsurprising as Tang hasn’t been involved with the firm’s day-to-day business for a while, some of Momo’s staff told Caixin. “All vice-president-level managers have been reporting to Wang since the second half of 2017,” a former member of Momo staff told Caixin.

According to an open letter to staff penned by Wang, he will “explore and expand new business segments and territories” and Wang will focus on “promoting healthy and steady growth of the existing businesses.”

In the second quarter, Momo posted a 38% drop in profit to 456 million yuan ($68.3 million) on revenue of 3.9 billion yuan, which was down 6.85% year-on-year. That marked a widening from a 3.46% revenue decline in the first quarter and continued a slow but steady downtrend dating back to 2017. The Nasdaq-listed company’s share price fell 53.57% this year.

Even before the coronavirus scared off romance-seekers, year-on-year revenue growth had slid from 34.67% in the first quarter of 2019 to 21.96% in the year’s last quarter. Despite its weakening financial performance, Wang said the firm has good profit margins, cash flow and debt ratios compared its competitors.

The Momo app had 111.5 million monthly active users in June, with 12.8 million of them paying for video streaming and other value-added services in the second quarter. But the company has failed to translate that increase in paying users into revenue growth, blaming its business model’s overreliance on paying users and high-profile livestreamers. “A considerable number of our high paying users are private business owners whose financial conditions have been negatively affected by the pandemic,” Tang said in an earnings call for the second quarter.

In addition to its namesake app, the company operates a similar online dating platform called Tantan, which it acquired in 2018. Tantan managed a successful pivot to livestreaming business in the wake of the pandemic, when fewer people wanted to meet for offline dates. Tantan recorded 81.6% revenue growth in the second quarter, reaching 517 million yuan, with 192 million attributed to its new livestreaming feature.