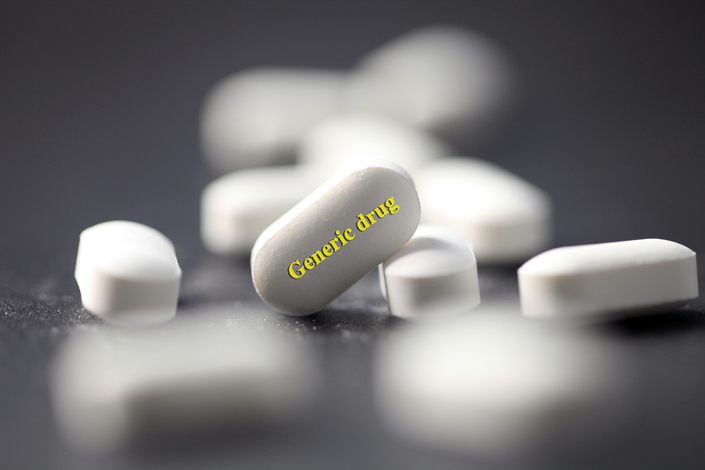 Most Chinese pharmaceutical companies focus on flooding the market with generic drugs when patents expire, rather than developing their own patented medicines.

Whose side are you on, the companies who supply cheap generic drugs to patients or their peers who spend huge sums creating new medicines?

In its pursuit of an innovative pharmaceutical sector that still provides affordable drugs, it seems China is trying to have it both ways.

Proposed changes to its drug approval system in the form of amendments to the patent law and a separate document that proposes a dispute resolution mechanism would encourage generic drug manufacturers to legally challenge the patents on name-brand medications — with a year of exclusive sales as the reward for success — while at the same time trying to give drugmakers enough space to defend their intellectual property.

The pharmaceutical patent system has long been criticized, as the monopolies it grants to the creators of new drugs may make treatment unaffordable for many patients. This issue is particularly prevalent in China, where few domestic companies produce new medicines.

Although the country is the second-largest pharmaceutical market in the world with over 4,000 companies, the domestic industry has been long plagued by a lack of independent research and development capacity. Most Chinese pharmaceutical companies focus on flooding the market with generic drugs when patents expire, rather than developing their own patented medicines.

In line with other segments of the economy, regulators are increasingly focused on changing the drug sector’s role from imitator to innovator. But balancing growth, intellectual property protection and medicines’ affordability and accessibility remains a challenge — which the draft rules aim to take on.

The country is also facing external pressure to reform the system. In January, as part of its phase one trade deal with the U.S., China agreed to set up a system to resolve conflicts over drug patents more rapidly, under which companies would be able to seek an order to block sale of alleged copycats.

The mooted reforms revolve around a so-called patent linkage system for pharmaceuticals, under which a company’s ability to produce a generic drug is connected to the patent status of existing medicines in the market.

At present, much of the wrangling over generic drugs and existing drugs’ patents comes after generic medicines have already gone on sale — both risking the investment made in producing these drugs and potentially harming the interest of patentees.

This is rooted in the fact that at present, intellectual property is not considered when the National Medical Products Administration (NMPA) judges whether or not a generic drug should be allowed onto the market.

Under the proposed system, the authorities will create a public platform listing the relevant patents for approved pharmaceuticals. If their generic drug is related to a listed patent, companies will have to explain why their product doesn’t infringe on it when they apply for approval to bring a drug to market.

If the patent-holder raises no objection to the filing, the NMPA can then make a decision based on the application and technical review results alone. If the authorities agree that the applicant’s product is outside the scope of the patent or the patent should be invalidated or has expired, the generic can hit the market immediately. If they disagree, the generic may only win approval for sale after the patent expires.

The first drugmaker to successfully argue its generic doesn’t infringe on an existing patent will be given exclusive sales rights for 12 months before other follow-on generics can enter the market. The one-year prize aims to encourage drug companies to bring generics out as soon as possible to lower prices.

But in practice, few patent holders are likely to allow their monopolies to vanish without a fight, and will therefore object to the filling and trigger the so-called early dispute resolution mechanism. Within 45 days of the generic drugmaker’s application being made public by the NMPA, the patentee can file a lawsuit with a court or submit an administrative complaint with the China National Intellectual Property Administration (CNIPA). This will automatically start a nine-month period during which the generic cannot be approved for sale.

The patentee can still sue for infringement under the Patent Law after the generic has flooded the market if it fails to stop the generics in the patent linkage system.

Compared with some other countries’ patent linkage systems, such as that in the U.S., the proposed system is much more supportive of generic drugs. But some worry that some proposals are impractical and will create hurdles for both innovators and generic-makers.

Cheng Yongshun, director of the Beijing Intellectual Property Institute, told Caixin that patentees may struggle to prepare and file an objection or lawsuit within 45 days of a generic’s challenge being made public. He said that the authorities should include a provision obliging generic drugmakers to inform the holder of any patent of their application.

Innovent Biologics Inc., a leading biopharmaceutical company known for its innovative drugs, also told Caixin that it hopes generic drugmakers notify innovators as soon as possible in order to avoid placing additional burdens on the patentees.

The nine-month moratorium on the NMPA granting approval for a generic to go to market has also been a particular topic of debate. In an earlier draft of proposals released in 2017 the stay would have been up to 24 months, much closer to the 30-month period under the U.S. system. Multiple experts have told Caixin that this relatively short moratorium could lead to more disputes landing in China’s courts after the generics make it to market, undermining the very purpose of the early dispute resolution mechanism.

In China, drug patent litigation almost never takes fewer than nine months as such cases usually involve complex technical issues and sometimes even require experiments to be conducted, Caixin learned from a source in a foreign-owned drug company.

The average trial length of patent infringement cases filed with the Beijing Intellectual Property Court over the past six years was 20 months, and the figure for cases involving pharmaceutical patents was 28 months, according to Li Shunde, a researcher at the Institute of Law at the Chinese Academy of Social Sciences.

If the authorities rush to meet the nine month deadline, experts worry that approvals could be granted on shaky legal foundations, leaving them open to subsequent legal challenge by the patentee. This would force the generic drugmakers to withdraw their drugs from the market, pay compensation to the original drugmaker, and instantly leave the patients with no affordable medication. This is the very scenario the patent linkage system and early dispute resolution mechanism aims to avoid.

“If there are such cases, even a single isolated one, it will lead people to question the system itself,” Cheng said.