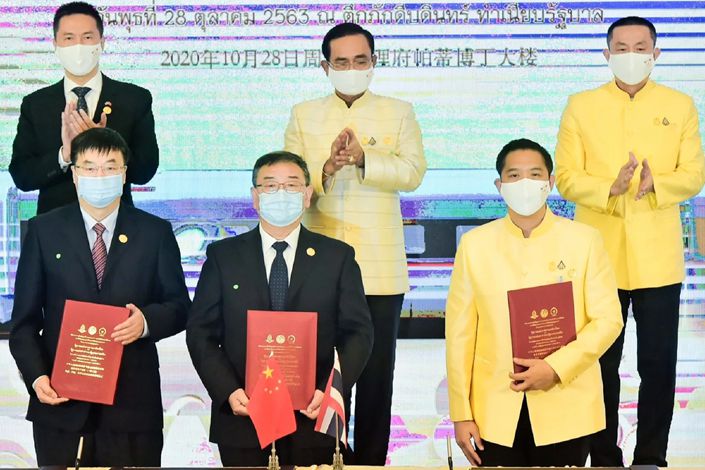 Negotiations lasted more than a year, as the parties struggled to make headway over costs and the currency used to set the terms. A broad agreement reportedly had been reached by May, but the signing was delayed partly due to the disruption from the coronavirus pandemic.

Broader plans call for a high-speed railway running from Bangkok to Nong Khai province on the border with Laos.

The Chinese side envisions this line forming part of a “Pan-Asia Railway Network” that would connect Kunming in southern China with Laos, Thailand, Malaysia, Singapore and Indonesia.

In Thailand, work began in December 2017 on a 3.5 km segment of the railway starting in Nakhon Ratchasima.