Trending in China: Can You Stop People Giving ‘Too Much’ Money to Their Favorite Live-Streamers? 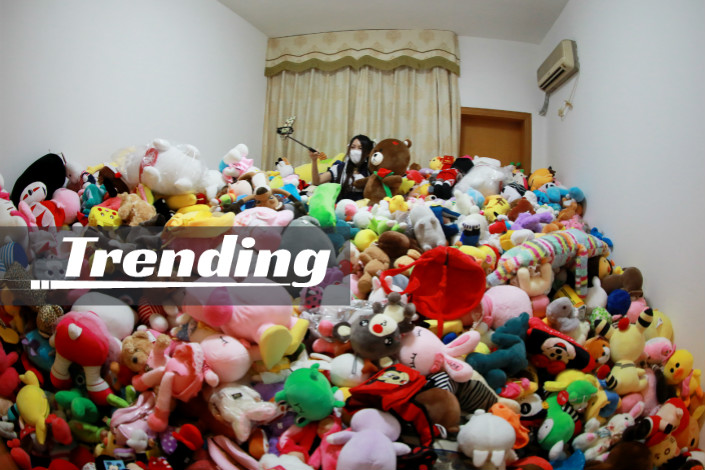 How can China save (predominately) men from themselves and stop them giving money to young female video-streamers?

Headlines such as, “Man rewards camgirl 210,000 yuan ($31,400) in 5 days” and “Man misappropriates 9.3 million yuan in company funds to reward camgirls” have been the subject of online discussions for some time on Chinese social media. And even though the headlines are usually about men giving female video-streamers money, there are examples such as “11-year-old girl gives streamer 1.4 million yuan” which show the issue cuts across generations and genders. Now Chinese authorities have launched a new set of regulations for the live-streaming industry to literally save people from themselves and fix the “problem” of people over-rewarding video-streamers, frequently with money that is not actually theirs.

The “rewarding” function is a popular function in many Chinese live streaming platforms. Viewers can buy virtual gifts for their favorite video-streamers ranging in price from as little as 1 yuan to thousands while watching them live. Fans can spend huge sums of money on their favorite streamers, but there are fears that viewers are being exploited or spending money they do not have. There are examples of minors who have stolen their parents’ money, workers who later regret their impulsive actions, and some evidence of streamers even reportedly swindling viewers out of money.

The China Association of Performing Arts — Online Live Show Branch officially oversees and regulates live-streamers in China. They have identified three specific problems that the industry needs to address: stop impulsive rewarding, limit the high-value of some rewards, and stop minors from rewarding streamers.

Measures announced to address these issues include the setting of a cooling-off period between rewards to curb impulsive consecutive rewards within a short period of time; setting a maximum value of rewards; and applying facial recognition technology to prohibit minors from giving rewards.

Some social media users applauded the regulations as they say they have seen too much negative news about live-streaming rewards. “Support these rules. It’s hard to feel the money spent when buying virtual gifts, so the hard-earned money is spent in an instant,” reads one comment.