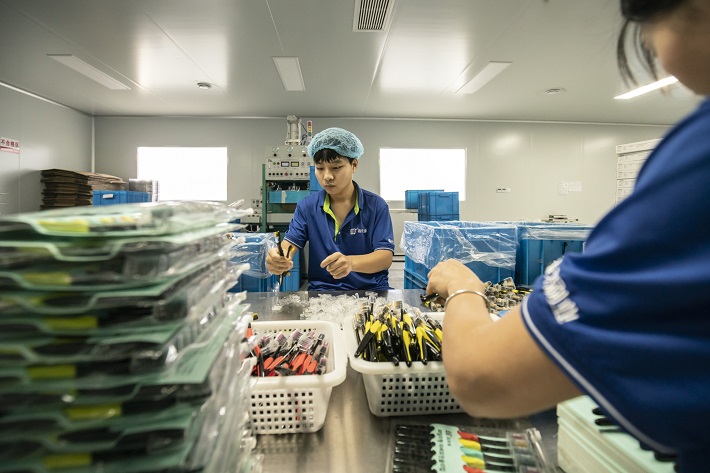 The manufacturing purchasing managers’ index in October eased to 51.4 from 51.5 in the previous month, according to data released by the National Bureau of Statistics Saturday — beating the 51.3 median estimate in a Bloomberg survey of economists.

The non-manufacturing gauge climbed to 56.2 from September’s 55.9, higher than the median forecast of 56. Readings above 50 indicate improving conditions from the previous month.

-- The data shows the steady momentum in China’s economic recovery continued into October, with industrial production stable and global demand and consumption continuing to pick up.

-- Factory output was likely affected by the longer-than-usual golden week holiday in October. At the same time, the holiday gave a boost to consumer spending, helping to buoy the non-manufacturing sector.

-- While China’s domestic demand is improving, the global environment is becoming more uncertain. A resurgence in Covid-19 cases in some of China’s key markets may weigh on the outlook as countries like Germany and France return to various forms of lockdown. China’s early economic indicators showed mixed signals for the recovery in October

-- A sub-index of new export orders for factories climbed to 51 from 50.8 in September, while new orders were unchanged.