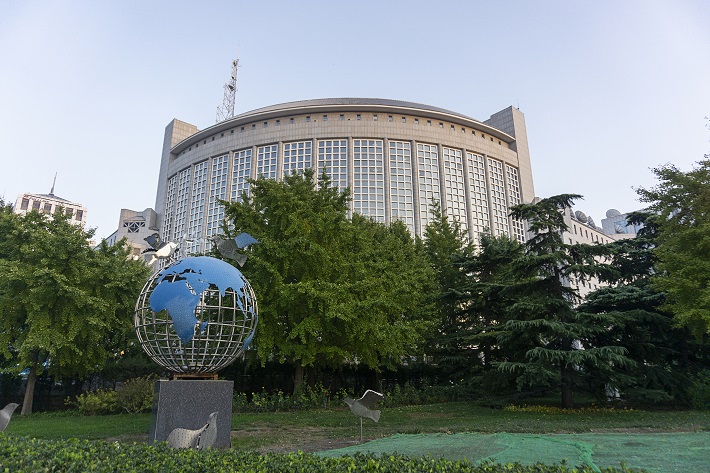 (Bloomberg) — China said it has signed more debt-freeze deals with poorer nations and is pushing for closer cooperation between the world’s biggest economies in a bid to ease the fiscal burden of countries wrestling with the coronavirus pandemic.

“We have signed debt-relief agreements with the majority of countries that have requested it, and are holding consultations with the remaining countries,” the Foreign Ministry said on Friday in a written reply to questions.

In addition, Chinese non-official lenders have also granted holidays to struggling debtor nations in line with the terms of the Group of 20 leading economies’ Debt Service Suspension Initiative, the ministry said.

The statement comes two weeks before G-20 finance ministers and central bankers convene for an extraordinary meeting to discuss the next phase of the global debt-relief drive. So far, more than 40 countries have asked to delay $5 billion in official bilateral debt payments, according to the Institute of International Finance.

After some opposition, emerging economies led by China, the world’s largest official lender, agreed to a common framework to restructure bilateral debt at the last G-20 meeting of ministers this month. The group also extended the debt suspension until at least the first half of 2021.

International Monetary Fund Managing Director Kristalina Georgieva said on Friday that she thought the debt relief should have been extended by a full year, echoing previous comments from World Bank President David Malpass. Six months will be only a temporary respite, and some countries eventually will need to restructure their debt, Georgieva said in an online event hosted by the Center for Global Development, a Washington-based think tank.

The new debt framework is a big achievement for aiding poor nations, she said.

A common strategy means closer coordination with the Paris Club of creditors in what western governments hope can convince China to increase its role in the debt-relief efforts. The club is a grouping of mostly western creditor governments.

In response to questions over its commitment to the new framework, the Foreign Ministry said China “supports all parties to take further common action.”

It could, however, take time to hammer out the details of that plan, said Mark Bohlund, a senior credit analyst at REDD Intelligence.

“They will eventually arrive to a common framework,” Bohlund said. “China in principle is not against this, but they are unhappy with the DSSI and they want a multilateral response including increased IMF lending. The feeling is that they are taking too much of a burden.”

Malpass has said that China has not done enough to ease the debt burden of poor countries, leaving the Chinese Development Bank, a major overseas lender, out of the debt-relief initiative. The Asian nation is owed almost 60% of the bilateral debt that the world’s poorest nations would be due to repay this year.

China also called on development banks and commercial institutions that are not part of multilateral debt-relief arrangements to “make contributions to alleviating the debt burden of developing countries,” according to its statement to Bloomberg.