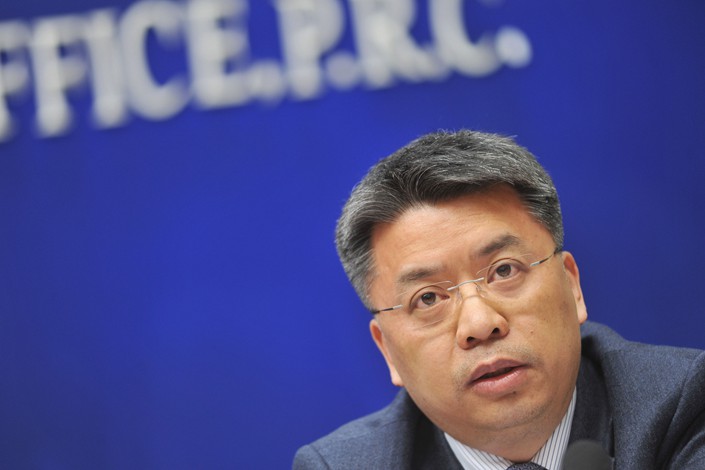 The party chief of Sanya in the southern island province of Hainan, who climbed the political ladder from his position as a mid-level technocrat at China’s securities watchdog to become a powerful provincial party official, has been placed under an anti-graft investigation, according to the Communist Party’s internal anti-corruption body.

The Central Commission of Discipline Inspection (CCDI) announced the probe (link in Chinese) in a statement released Sunday, saying that the agency is investigating Tong Daochi (童道驰) for “serious violations of discipline and law” without further details. Tong is also a member of the provincial party standing committee.

Liu Cigui, the party chief of Hainan province, said that party members must learn from Tong’s example (link in Chinese) and step up the fight against corruption, keeping graft from impeding the ongoing work of building the island province into a free trade port as part of China’s ongoing reform and opening-up.

A popular tourism destination, Hainan has been in the spotlight since Beijing announced a plan in April 2018 to build the island province into a pilot free trade port, followed by a more detailed roadmap released in August this year.

Tong, 53, began his political career after returning to China from the United States, taking up a post in Beijing at the China Securities Regulatory Commission (CSRC) as a policy planning official in 2000.

In the 1990s, Tong studied in Canada and the U.S. before working as an economic researcher at the Rand Corporation, a Virginia-based think tank associated with the U.S. Defense Department, from 1994 to 1998. He then worked at the World Bank as a corporate governance expert for two years before joining the CSRC.

Since 2000, the CSRC has been active in recruiting Chinese professionals with overseas study and work experience, known as “overseas returnees” (海归人士) in Chinese, as part of efforts to boost its regulatory capabilities.

After returning to China, recruits from overseas were often positioned as section heads at the CSRC. There were about 50 such returnees at the securities regulator by 2011, which represented about a fifth of its total staff at the time.

After working at the CSRC for 14 years, Tong was promoted to be an assistant minister at China’s Ministry of Commerce from 2014 to 2016.

He then spent two years as a deputy governor of Central China’s Hubei province before arriving in Hainan in 2018 as a party provincial standing committee member followed by his elevation to the party chief of Sanya.

Tong is an exceptionally new party member considering his seniority, with just 16 years of membership since joining in December 2004.

His downfall follows a series of investigations into alleged wrongdoings by other senior civilian and military officials in Hainan, including Zhang Qi (张琦), the former party head of the provincial capital Haikou, and Wang Yongjun (王勇均), former vice president of the provincial People’s Political Consultative Conference.

Zhang was a former colleague of Tong at the provincial party’s standing committee. He was prosecuted in July for taking bribes worth about 107 million yuan after his investigation was announced in September of last year, according to court statements.