By Huang Yuxin and Matthew Walsh 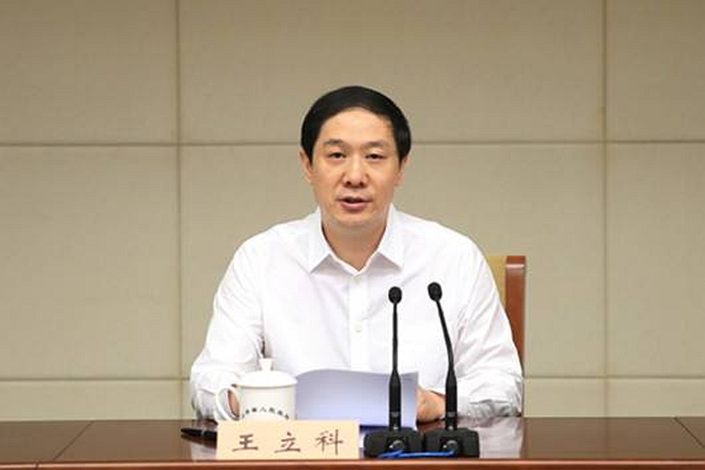 China’s Communist Party has launched a corruption investigation into the law enforcement chief of a wealthy eastern province with ties to a disgraced former vice mayor of Chongqing, marking the latest anti-graft probe into a powerful politician.

Wang Like, the party head of Jiangsu’s political and legal affairs committee, “voluntarily” submitted himself for questioning on suspicion of “serious violations of discipline and law,” according to a statement (link in Chinese) published Saturday on the website of the Central Commission for Discipline Inspection (CCDI), the party’s internal graft-buster.

Wang had been an associate of Wang Lijun, the former vice mayor of the southwestern megacity of Chongqing, who was imprisoned in 2012 for defection and other crimes after a high-profile political scandal in which he apparently revealed details about the murder of British businessman Neil Heywood to American consular officials. It is not clear whether the two cases are linked.

The relationship between the two Wangs, who are not related, dates to 2003, when Wang Lijun was made the police chief of Jinzhou, a coal mining city in the industrial northeastern province of Liaoning. Wang Like was promoted to a senior role on the same force soon afterward and worked with his namesake for three years until becoming the police chief of another city in 2006.

The circumstances of the case are unclear, with the CCDI making no mention of the charges of which he is accused. But the Jiangsu government said an official inspection of the provincial public security bureau’s Communist Party committee in April and June had found that adherence to law enforcement standards had been “not strict enough,” that some cadres had “sought personal gain” through their work, and that the committee suffered from excessive bureaucracy and unrealistic “grassroots-level demands.”

The 55-year-old is a decorated former police chief who spent decades rising through the ranks of China’s public security organs in Liaoning.

In 2001, while working a case in Harbin, a city in the neighboring province of Heilongjiang, he reportedly won plaudits for leading a high-stakes ambush in which two armed men, who had killed seven people and stolen three luxury cars, were shot dead by police, according to the state-run Xinhua News Agency. Wang’s deeds won him a commendation for “meritorious service.”

In 2013, Wang transferred to Jiangsu, where he steadily burnished his political credentials while covering a number of high-profile portfolios. He was promoted to the provincial Communist Party standing committee two years later, and in 2017 became the party chief of Jiangsu’s political and legal affairs commission, a powerful role that put him in charge of provincial law enforcement.

Unusually for an official targeted by anti-graft inspectors, Wang made several public appearances soon before the announcement of the probe. On Thursday, he spoke at two events for military veterans, a day after attending a study forum dedicated to fighting corruption, according to local media reports.