By Tsukasa Hadano and Fumi Matsumoto 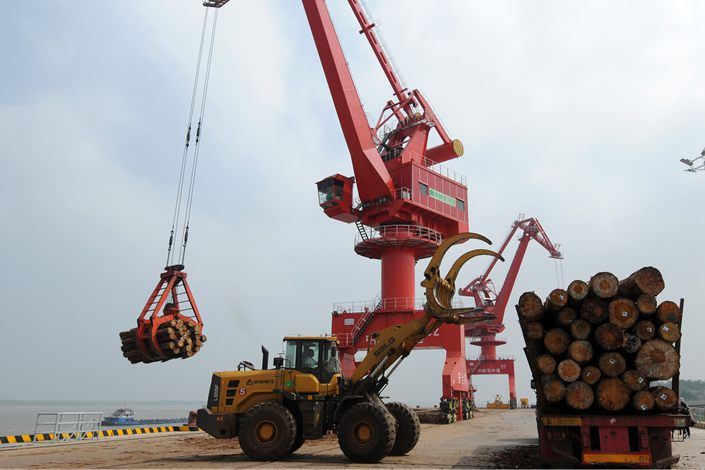 (Nikkei Asia) — China has suspended imports of timber from the Australian state of Queensland, China’s foreign ministry confirmed Monday, expanding a trade clampdown amid souring relations between the two countries.

Ministry of Foreign Affairs spokesperson Wang Wenbin placed the blame on the Australian side in a news conference. “The Chinese customs has since January detected many cases of live pests in timber imported from Australia” that could “gravely endanger China’s forestry production and ecological security,” he said.

The measure is the latest in a series of bans and other trade barriers — including shipments of lobsters held up in customs in recent days — targeting Australian goods. The measures are seen as part of a pressure campaign against Canberra as tensions mount over issues including the coronavirus pandemic.

Australia exported more than A$680 million ($478 million) worth of timber in the year ended June, with 84% going to China, data from Australia’s Department of Foreign Affairs and Trade shows.

Wang also acknowledged the delayed lobster shipments, which have been attributed to increased customs inspections. This process “protects the safety of Chinese consumers buying imported food,” he said, without providing details about the reason for the holdup.

Ties between the two countries have frayed since Australian Prime Minister Scott Morrison called in April for an independent investigation into the coronavirus outbreak, and deteriorated further recently over China’s territorial claims in the South China Sea and crackdown in Hong Kong.

Beijing halted some imports of Australian beef in May and imposed an 80.5% tariff on Australian barley around the same time, a move described by the Chinese said as an antidumping measure.

Shipments of Australian coal have been tied up in customs amid reports last month of an unofficial ban. The Chinese government has also discouraged domestic spinning mills from using cotton from Australia.