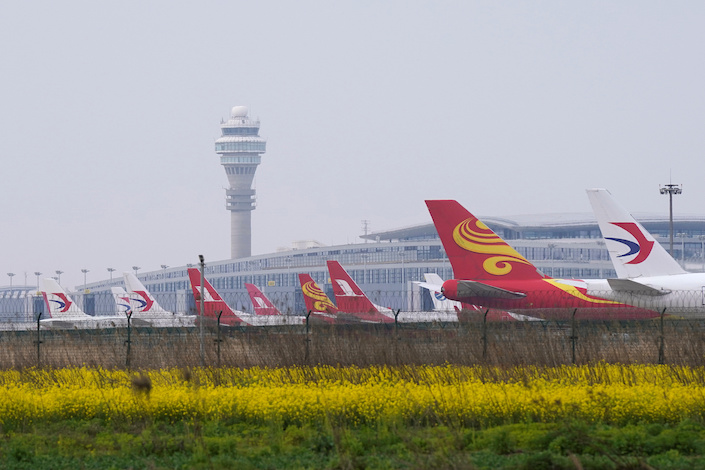 China’s aviation industry continued suffering from the fallout of the Covid-19 pandemic with net losses extending into the third quarter, although reviving domestic business helped some companies return to the black.

All six airlines reported year-on-year declines in revenue for the first three quarters, with drops between 41% and 65%, reflecting depressed air travel amid the pandemic.

As China largely brought the domestic Covid-19 outbreak under control, air travel within the country has gradually rebounded since the summer. Passenger volume on domestic routes nearly returned to normal level in the third quarter.

In September, a total of 371,000 domestic passenger flights were operated, more than double the figure of the same time last year. Airlines transported 47.8 million passengers domestically in September, equivalent to 98% of volume a year ago. Cargo transport totaled 665,000 tons, 96.4% of last year’s level, data from the Civil Aviation Administration of China showed.

Although domestic demand supported airlines’ business revival, the sluggish recovery of international traffic and deep cuts to ticket prices to lure travelers will lead to continued declines in airlines’ revenues, Tianfeng Securities said in a research note. The brokerage said it will take a while longer for international air travel to rebound.

Major airlines stepped up fundraising this year to ease capital pressures amid the business slowdown. By the end of September, Air China had total liabilities of 81.6 billion yuan, 55.7% more than the same time a year ago. The debt overhang for China Southern and China Eastern also grew significantly.