Opinion: China and the U.S. Will Still Be at Odds Regardless of Whether Trump or Biden Wins 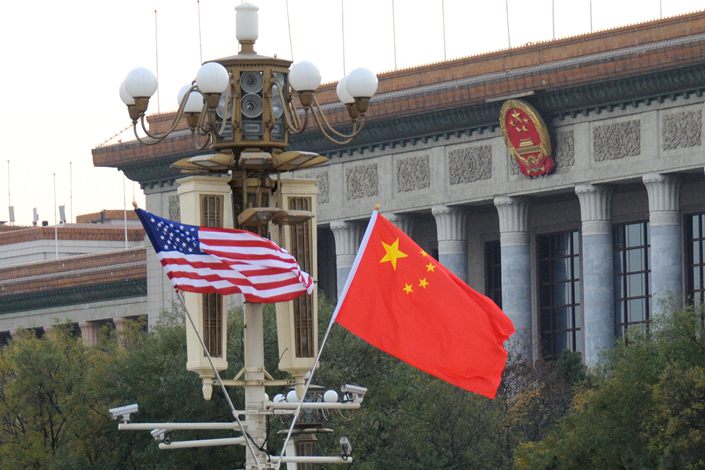 The relationship between China and the United States, the world’s largest developing and developed countries, is the most important bilateral relationship in the world today.

Many believe Sino-U.S. relations will be more prominent after the presidential election on Nov. 3. If Biden wins, the Democratic Party will restore the global leadership of the United States and redefine Sino-U.S. relations under a multilateral framework. If Trump is reelected, the current “hunting” of China will be more institutionalized, and will receive more coordination at the federal and local levels. A whole-of-the-government rivalry against China will take shape.

This rationale is not too problematic, but it overlooks the long-term development and complexity of Sino-U.S. relations, which have shifting from competition and cooperation to competition and confrontation. In other words, no matter which party rises to power, China’s competition with the U.S. is systemic. Systemic challenges need systematic responses, and cannot be solved within one or two presidential terms.

No matter which party takes control of the White House and Congress, the top priority for the United States in the next year or two will be the pandemic response, economic recovery, racial equality, and other social issues that have a long-term effect on the United States.

The pattern of U.S. elections suggests that even if the Democrats win big this time, they may lose the House or Senate in the 2022 midterms, which would leave Biden with a limited time to make big changes. Also, domestic affairs will always be a new government’s top priority.

The most important driving force behind the intense pressure the Trump administration has put on China this year is the Republicans’ goals in the election cycle.

On the diplomatic level, unless a conflict erupts in the Asia-Pacific region, the top priorities for United States remain Russia, nonproliferation of nuclear weapons, the pandemic, and terrorism.

China has a similar long-term view of future Sino-U.S. relations. According to the recently released Communique of the 5th Plenary Session of 19th Communist Party Central Committee, “China is still in an important period of strategic opportunity for development at present and for the foreseeable future, but there are new developments in both opportunities and challenges facing the country. A new round of scientific and technological revolution and industrial transformation is being evolved and developed. The balance of international forces has adjusted, but peace and development are still the themes of the times.”

As the most important bilateral relationship today, if Sino-U.S. ties deteriorate sharply in the future and become the main focus of the international community, such claims will be hard to imagine.

In addition, the session was scheduled a few days before the U.S. election. The timing also suggests that regardless of the result, the long-term and complex nature of Sino-U.S. relations prevents the two countries from ending up in a showdown in the near future. To conclude, Sino-U.S. relations depend both on China’s choice and the U.S.’ judgment, but in the end, it depends on China’s own development.