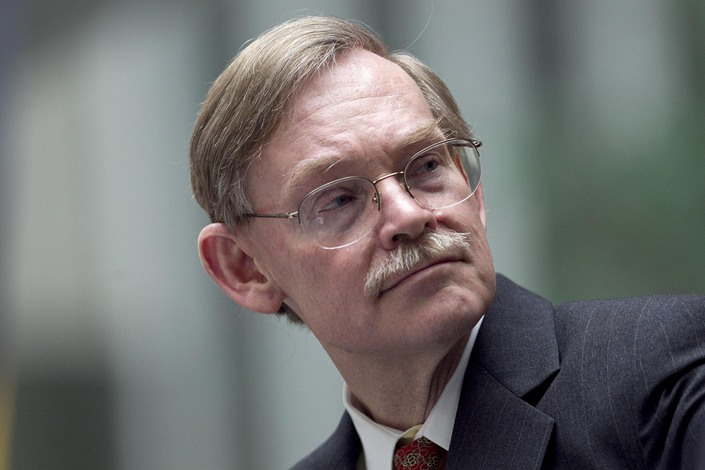 A former U.S. trade chief said that U.S. President Donald Trump’s China policy has been “a total failure” that did not deliver his claimed goals of reducing trade barriers and changing China’s market practices, and instead sabotaged American national security.

The criticism came amidst tense presidential debates between Trump and his Democratic opponent, former vice president Joe Biden, who are scheduled to face off in two more debates later this month.

Robert Zoellick, a Republican and U.S. Trade Representative from 2001 to 2005 under President George W. Bush, said in an opinion piece in The Washington Post on Thursday that Trump’s trade deal with China failed to reduce the U.S.’ trade deficit or change Beijing’s trade practices.

Trump had pledged to bring down America’s $346 billion trade deficit with China, by initiating a trade war and getting Beijing to purchase more American agricultural, energy and manufactured goods in a phase one trade deal signed in January.

However, Zoellick said the trend “favors China,” as U.S. exports to the country rose only 1.8% while China’s sales to America jumped 20% in the first eight months this year. Zoellick has also previously served as a deputy secretary of state and president of the World Bank.

He said the U.S.’ global deficit for trade and services rose from $481 billion in 2016 to $577 billion in 2019, “in part because some of China’s exports just shifted to other countries, not to U.S. producers.” According to the U.S. Commerce Department, the American trade deficit rose by as much as $67.1 billion in August, to the highest in 14 years.

The former U.S. trade chief also said that Trump’s phase one trade deal has been “a bust,” as it did not achieve changes in China’s trade barriers and market rules. As of August, China had purchased about half of the deal’s year-to-date targets, according to the Washington-based Peterson Institute for International Economics.

He said the Trump administration’s “fear of China has led it to imitate Beijing, sabotaging America’s premier strength: fair, innovative and competitive markets governed by the rule of law.”

Zoellick referred to the U.S.’ attempts to ban the Chinese video-sharing app TikTok as “shenanigans,” that signaled “Trump wants political control over companies and investments in an economy in which executives must pay political favors to win the blessing of the White House court.”

Instead, he said the U.S. should be insisting on reciprocity through rules. For example, he said, China’s new intellectual property courts are finding for foreigners most of the time, but the penalties are too low. “China need to boost the costs,” he said.

The best solution for alleged forced technology transfer would be to end China’s joint venture requirements for foreign investors, he said.