By Kang Jia and Matthew Walsh 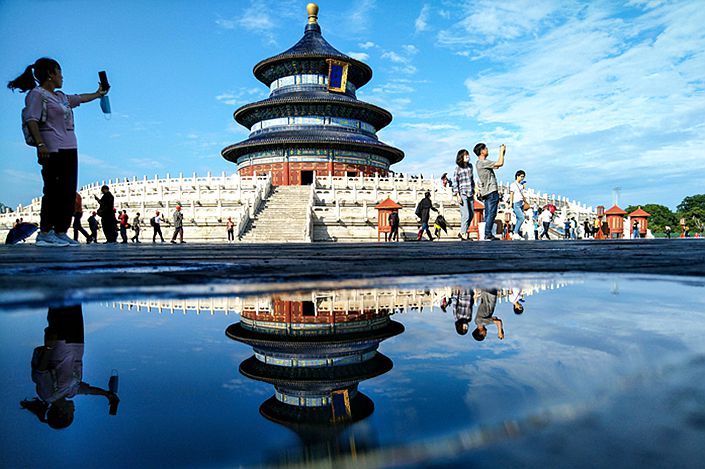 Temple of Heaven Park in Beijing on Sept. 15.

As China moves into peak smog season, the government has issued air quality controls for a swath of the industrial north — but the nation’s capital appears to have already breached them.

A plan jointly issued last week by six government ministries and seven provincial-level governments restricts Beijing to just one day of heavy pollution between October and December, despite the fact that the city of 21 million people already recorded three such days in October.

However, the city could still reach other targets, such as upper limits on average concentrations of tiny airborne particles that can harm health.

Northern regions have made notable air quality gains in recent years as government action has helped clear much of the haze that often settles during the colder months. This year, efforts to sustain those improvements are complicated by attempts to kick start a national economy still feeling the impact of the coronavirus pandemic.

The plan (link in Chinese) uses last year’s air quality figures to set targets for a number of cities across the so-called region spanning Beijing, Tianjin municipality and Hebei province — known as Jing-Jin-Ji — and the so-called Fenwei Plain, an area of about 150,000 square kilometers (58,000 square miles) in the northern provinces of Shanxi, Shaanxi and Henan.

It requires Beijing to keep average daily concentrations of PM 2.5 to less than 45 micrograms per cubic meter (mg/m3) between October and December, a reading that was exceeded on Oct. 1o, Oct. 20 and Oct. 31, according to official data.

For the Jing-Jin-Ji region as a whole, the plan mandates an average daily PM 2.5 level of no more than 63 mg/m3 from October to December. Other cities in the area may not record pollution above that region on more than five days during the period.

For the period January through March, the region must keep PM 2.5 levels below 86 mg/m3 and not exceed 12 days of heavy pollution.

The plan also mandates officials to implement “differentiated emissions reductions” across the region in the event of heavy pollution, in line with technical guidelines issued last year that sought to balance clean air targets with the production needs of polluting industries like steel.

According to the plan, average winter PM 2.5 concentrations in the Jing-Jin-Ji and surrounding regions fell by 33% between 2016 and 2019, while the number of heavy pollution days fell by 52% over the same period.

However, the region’s winter PM 2.5 levels remain the worst in China, it noted.