China’s Air Quality Gains Ain’t What They Used to Be, Report Shows

By Matthew Walsh and Kang Jia 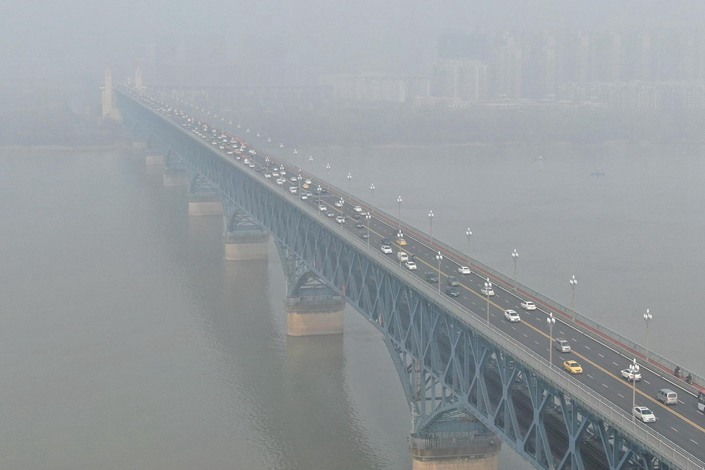 While the report said last year’s efforts to improve air quality in Chinese cities “generally maintained the momentum of the previous six years,” it added that “the scale of improvement notably fell, and some cities experienced rebounds.”

Air pollution in Chinese cities did not improve at the same rate in 2019 as the previous year and in some cases even worsened, according to new research.

The report comes as Chinese leaders begin to lay out guidelines for the 14th five-year plan, which will shape the country’s governance through 2025. Environmentalists are pushing for bolder action on issues like air pollution and carbon emissions after President Xi Jinping unexpectedly pledged last week that the world’s second-largest economy would become carbon neutral by 2060.

While the report said last year’s efforts to improve air quality in Chinese cities “generally maintained the momentum of the previous six years,” it added that “the scale of improvement notably fell, and some cities experienced rebounds.”

On the plus side, the researchers found that 157 out of 337 cities studied “fully” met the national air quality standard last year, 36 more than in 2018. For the first time, more than half of the cities kept average levels of PM 2.5 — ultrafine particles that can be harmful to health — within the national standard.

However, the researchers also calculated that average PM 2.5 levels crept up again last year in parts of Shandong, Shaanxi and Liaoning provinces, with one city recording a 30% increase in PM 2.5 concentration from 2018.

The researchers also noted a continued increase in ground-level ozone, a highly reactive gas that can damage the lungs and is on the rise as China better controls higher-profile pollutants.

Average ozone concentrations in 337 Chinese cities hit 148 micrograms per cubic meter last year, an annual increase of 6.5%, according to the report. Ozone levels rose more than the national average in the so-called “Jing-Jin-Ji” region around the capital, Beijing, and in the Yangtze and Pearl river deltas, which are home to more than 200 million people in total.

With an eye on the next five-year plan, the report’s authors recommended that the government set combined PM 2.5 and ozone pollution targets for the period to maintain the former’s years-long downward trend and check the worrisome rise of the latter.

They argue that to achieve that aim, China needs to “optimize” its emissions reductions, control levels of precursor particles like nitrous oxide and volatile organic compounds, and set up comprehensive systems for evaluating the costs and benefits of emissions-cutting policy measures.

China’s environmental governance has been in the spotlight since Xi told the United Nations General Assembly last week that the country would cut its carbon emissions to net zero by 2060 — no small task for the world’s largest coal consumer and greenhouse gas emitter.

The pledge has prompted Chinese environmentalists to float bold decarbonization proposals, with a top climate expert urging the government this week to let the market rule the country’s burgeoning but heavily state-subsidized renewable energy industry in order to make it more efficient and competitive with fossil fuel alternatives.