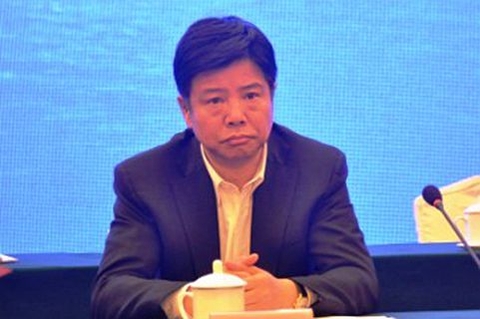 A former top executive of China National Petroleum Corp. (CNPC) was placed under investigation by the country’s top graft buster in another of a series of probes rattling the state oil major.

Shen Diancheng, a former deputy general manager of CNPC, is under probe by anti-corruption agencies on suspicion of serious violation of discipline and law, a phrase that often refers to corruption, according to a statement published Wednesday on the website of the Central Commission for Discipline Inspection (CCDI) and National Supervisory Commission.

Shen, 61, was CNPC’s vice president since 2011. He left the company in March 2017 to take a post as outside board member of several central government-backed enterprises under a pilot program to promote corporate restructuring of state companies. Shen has since served as board member of China National Aviation Fuel Group, China Huaneng Group Co. Ltd. and China Minmetals Corp., among others.

The graft busters didn’t elaborate on allegations against Shen. But the probe of the former CNPC executive follows the downfall of three others in the company since the beginning of this year, including Ma Hongliang, a CNPC logistics chief; Zhu Tianshou, a retired chief engineer of CNPC Changqing oil field; and Lin Changhai, a former general manager of CNPC’s gas storage unit.

The state oil giant has been under the shadow of corruption scandals since the 2013 downfall of former Chairman Jiang Jiemin, which brought to light an extensive graft network among senior executives. Last year, several mid-level managers at CNPC were also investigated for misconduct.

Shen is a veteran of China’s oil and gas industry and joined CNPC’s Daqing oil field in 1997. He later rose to director of the oil field and took leading management roles in several CNPC branches.

Shen became vice president of Hong Kong-listed PetroChina in 2007 and was promoted to deputy general manager of the parent company in 2011. In 2013, as a work-safety chief, Shen received administrative punishment for a deadly explosion in CNPC’s Dalian subsidiary that killed four people.