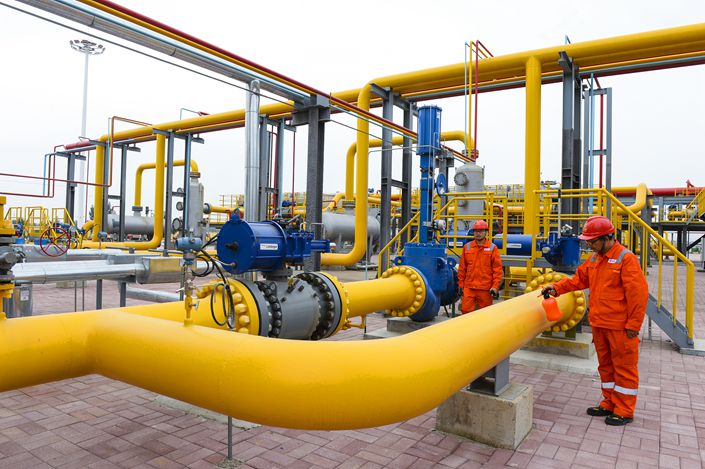 China’s newly-formed national oil and gas infrastructure titan PipeChina has unveiled its pipeline construction target for the next five years — and it’s less than expected.

The firm plans to build at least another 25,000 kilometers of oil and gas pipeline in the next five years through 2025, taking its overall pipeline assets across the country to 120,000 kilometers, said Liu Zhongyun at a conference Saturday. Liu is a deputy general manager at PipeChina.

But a long-term construction scheme released by the country’s top economic planner in 2017 indicated that China’s total pipeline network would aim for a size of 240,000 kilometers by 2025.

The disparity between the figures has raised questions about whether the firm will ultimately hold a slimmer proportion of the country’s energy distribution network than initially planned.

More than half of the company’s pipelines are used to carry natural gas, with the remainder used to carry crude and refined oil products. Liu didn’t elaborate on the different construction plans for each type of pipeline.

If the five-year target stands, the company’s share of China’s nationwide energy distribution network could shrink to a half or even lower and potentially work against PipeChina’s underlying strategy.

The government’s push for consolidation of China’s mainstream oil and gas assets aimed to reshape the industry and provide unbiased access to energy companies, especially the smaller, privately owned players. And to do so, the new giant should have major control over the distribution network.

“(PipeChina’s goal) can be higher,” said a person in charge of the pipeline business at PetroChina.

But whether the company’s target, or the nation’s, can be met remains in doubt. China has already fallen short of its numerical expansion target in the energy construction sector. According to the 2017 plan, the sector should have 169,000 kilometers of pipelines by end of this year, but the current network consists of only 145,000 kilometers.

The lag has been due in part to environmental issues triggered by construction, according to a report released by the central government last month. And the formation of PipeChina, which acquired most of the three major oil giants’ pipeline assets, left those companies with no impetus to push on with construction.