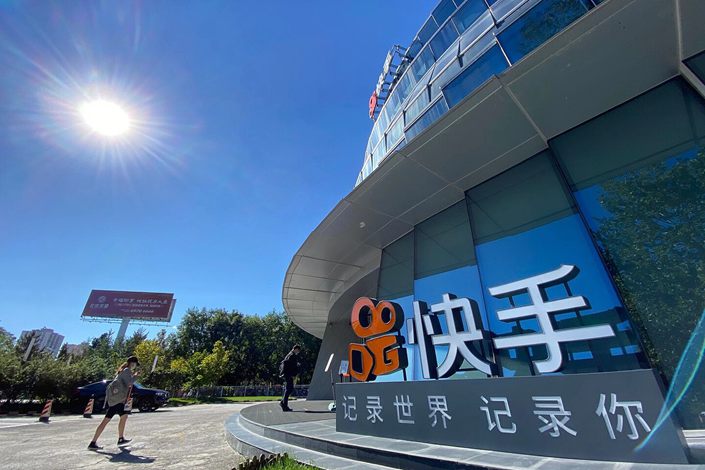 Kuaishou Technology, one of two leading companies in China’s hot short-video market, has filed for a Hong Kong IPO that could raise up to $5 billion, becoming the latest Chinese tech firm hoping investors will focus on its rapidly growing revenue rather than its big losses.

The IPO filing comes just days after another major Chinese tech firm, Ant Group, suddenly called off what was set to become the world’s biggest IPO of all time with a dual listing set to raise more than $30 billion in Hong Kong and Shanghai.

The timing of Kuaishou’s prospectus filing late Thursday was probably unrelated to the Ant setback, the latter of which was prompted by changes in the Chinese regulatory environment towards fintech firms, observers said. By comparison, Kuaishou, whose Chinese name means “fast hand,” is an online entertainment firm that derives the bulk of its revenue through less regulated areas like e-commerce, online marketing services and online games.

“The timing certainly is interesting, but it’s not like anyone could have predicted the disaster that the Ant IPO would become,” said a tech analyst at a mid-sized fund manager, speaking on condition of anonymity due to company policy. “The IPO process can be slow and deliberate, punctuated with intense activity. I imagine once the venue decision was made, changing it is extremely difficult, akin to starting over.”

Kuaishou has posted explosive revenue and user growth over the last three years, capitalizing on the huge popularity of short videos. That trend grew stronger during the Covid-19 outbreak, as many people were forced to stay home in the first half of the year and turned to online entertainment as a result. The industry has also turned into big business, giving rise to a new generation of opinion leaders and influencers who communicate with their fans over such platforms.

Kuaishou had nearly 260 million daily active users at the end of June, or nearly five times the figure in 2017, according to the company’s prospectus. Over that same period, the daily average user’s time on the service each day grew more than 60% to 85.3 minutes.

The company did not provide a fundraising target, which is customarily not included in initial Hong Kong IPO prospectuses. But last week, a source told Caixin that Kuaishou was hoping to raise up to $5 billion from the offering, which would value the company at between $40 billion and $50 billlion.

“Recent trends in the market have rewarded growth companies, making the sometimes dangerous assumption that the companies will become profitable at some point in the future upon reaching scale,” said the analyst. “Livestreaming and online entertainment have been enjoying strong popularity during Covid, which I think investors will be focusing on, trying to determine if it is a growth spurt or representative of a possibly longer-term trend.”

The deal is being underwritten by Morgan Stanley, Bank of America and China Renaissance Holdings.

The listing would make Kuaishou, whose major investors include internet giant Tencent, the first to market ahead of technology powerhouse ByteDance, owner of the even more popular Douyin that uses the TikTok brand outside China. Knowledgeable sources told Caixin last week that ByteDance is considering listing Douyin in Hong Kong in the first half of 2021.