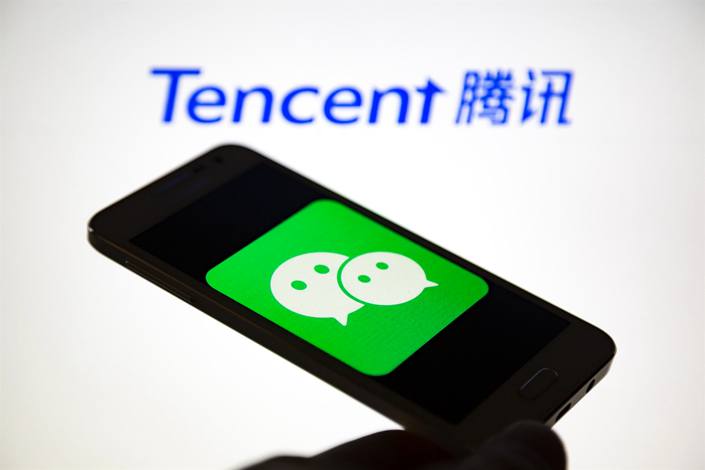 Tencent is once again attempting to push into e-commerce through WeChat, hoping to leverage its user base of 1.2 billion.

As China heads toward its biggest annual shopping extravaganza, Tencent is trumpeting its return to e-commerce, a field it abandoned to Alibaba and JD.com six years ago.

Ahead of the Double 11 sale on Nov. 11, the company has launched a media blitz for the “Minishop” tool it launched in July, which lets brands build virtual stores to sell their products on the ubiquitous WeChat platform.

It comes as the internet giant tries to better commercialize WeChat’s “mini programs” — self-contained apps that run within the platform, without the need for a separate installation — and grow its e-commerce and advertising credentials as it struggles over ad sales revenue with relative newcomer ByteDance Ltd., which operates TikTok and its Chinese equivalent Douyin.

Minishop and the ecosystem around it allow merchants to avoid having to develop their own platforms or using e-commerce sites like JD.com Inc. and Alibaba Group Holding Ltd.’s Taobao, the company said. And it could be attractive to merchants keen to access the 1.2 billion daily active WeChat users that Tencent has been desperate to translate into more revenue.

While Minishop is new, mini programs have been around since January 2017. But while businesses use them to sell products, they never really took off as a marketplace until last year, when they facilitated about 800 billion yuan ($120 billion) in transactions, according to Tencent Holding Ltd.’s financial filings. That figure could double by the end of this year if the 115% increase in mini program transactions logged for the first eight months keeps up steam.

But those impressive figures, helped by the Covid-19 epidemic that kept people locked inside for months, are not translating into a significant boost for Tencent’s overall revenue.

“Tencent has to build its advertising revenue,” said a Hong Kong based analyst, who added that short video sites like Douyin were eating into its user base and ad revenue. “Tencent used to look down on ads. Compared with distributing games, monetizing ads isn’t that lucrative, but Douyin’s annual advertising revenue of 100 billion yuan is putting a lot of pressure on Tencent.”

To that end, an executive reshuffle has seen former head of social media advertising Lin Jinghua promoted to Tencent’s “General Office,” its 16-member executive body, which has been portrayed as evidence advertising is to take center stage for the company.

But the new strategy could ruffle feathers, both inside and outside the company. Tencent has previously chosen to invest in e-commerce firms like JD.com and online-to-offline services provider Meituan, rather than running its own. The change could create new rivals of old friends.

It also highlights the tension within Tencent about exactly how much commercialization will be allowed on the WeChat app, which has become a de-facto public platform in China and increasingly resembles essential infrastructure.

“WeChat is a national-level application. We will expand advertising on WeChat cautiously,” Lin told Caixin.

Lin said in the U.S., e-commerce sales on sites like Amazon.com Inc. might count for 40% of a brand’s sales, with the brand’s own official website being the main force of online retail. He said his plan is to let brands run their own e-commerce mini apps, which will perform the same role as official websites, and give the brands a relatively high degree of independence.

Tencent’s main competitors in that regard would be things like Apple Inc.’s App Store, not other e-commerce firms, many of which it has significant investments in, he said.

But some observers dispute that, saying the strategic shift will inevitably place Tencent in direct competition with its invested players.

It also comes six years after Tencent’s last attempt at an e-commerce platform — Yixun.com — failed in the battle with JD.com. Lin put that setback down to the fact the company was unable to crack the tough nut of payments, had weak logistics and lacked the sort of muscular monthly user figures it has today.