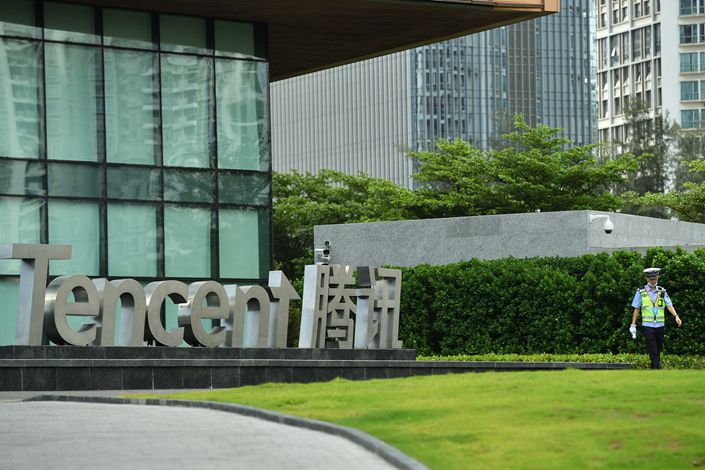 The suicide of a young Shenzhen shopkeeper after his suspension from Tencent’s ubiquitous WeChat app has raised questions about the internet giant’s vast power over the lives and livelihoods of its over 1 billion users.

The man, in his early 20s, fell from the company’s customer service center building in the Guangdong province city on Aug. 15, apparently after several attempts to have the suspension reversed. Police in Shenzhen’s downtown Nanshan district told Caixin they concluded the case was a suicide.

The shopkeeper’s brother told Caixin the suspension created significant issues for the man, who ran a local store selling cooking oil and grain. WeChat is often referred to as a “super app” due to the broad range of services it offers, and is widely used by businesses to communicate with customers and take payments.

The man’s death highlights the lack of independent oversight of account suspensions on WeChat, which can upend the lives of those affected, given the way it intertwines their personal, professional and financial worlds.

WeChat is an effective monopoly in China, claiming about 1.2 billion monthly active users, while its parent company made a profit of 33.1 billion yuan ($4.8 billion) in the second quarter of this year.

The shopkeeper’s side of the story was relayed to his brother through a video he recorded on his phone the day he died.

In the video, described to Caixin by his brother, but which Caixin has not seen, the shopkeeper says he appealed repeatedly to WeChat to explain why his account had been suspended, but could not reach a “human” customer service representative, and was instead stuck in conversations with the company’s customer service robots.

Caixin understands that in the event of account suspensions, WeChat users do not get specific explanations but are instead told the account has been reported and frozen for violating an unspecified part of the relevant regulations, which include rules against pornography, violence and illegal marketing.

The shopkeeper’s brother said police convinced him to sign a waiver on Aug. 21, promising to stay silent about the circumstances of his brother’s death. Only after he signed did police return the man’s phone, which contained the video blaming Tencent, he said.

“I would never have signed that form if I’d known about the video,” he told Caixin of his decision to break his silence.

“I was told if we didn’t sign that consent form, we won’t get any compensation fee at all,” he added.

He said that as the police did not inform him of the existence of the video before he signed the document, he wants to nullify the waiver.

The story is further complicated by revelations of a mystery payment of 150,000 yuan to the family, which Tencent has denied making.

A Tencent source, who asked not to be named, sought to distance the company from the payment, saying it had come from the local government’s social stability maintenance fund.

The brother of the deceased told Caixin that before he signed the confidentiality agreement, “local government officials said that they had obtained 150,000 yuan in compensation and that this was the last mediation session.”

Zhou Hao, a lawyer at Wei Heng law firm, said it was common for local officials to mediate on such matters in China, and suggested the family could seek greater compensation via the courts if they feel they have been wronged. The court would need to decide whether Tencent was responsible for causing the man’s death, he said.

But Zhou said given the available information, he believed it was unlikely that a court would support the family’s compensation claim.

Zhou said that given the size of WeChat’s user base, it has become a lynchpin in everything from people’s social relationships to government services, and increasingly resembles a de facto public platform. Suspensions of WeChat accounts should be considered more carefully, he said.