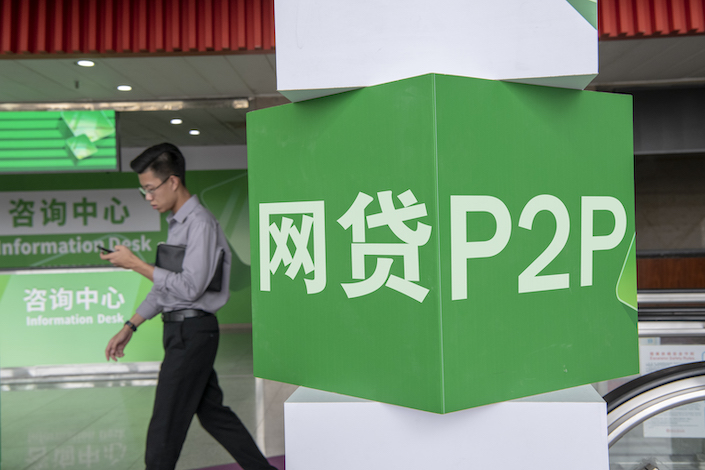 At its peak, P2P platforms issued more than $150 billion of loans from 50 million investors.

China’s four-year clampdown on the peer-to-peer (P2P) lending industry chopped the number of platforms down to just three from about 5,000 at the peak, according to the nation’s top banking regulator.

The number of people borrowing money from P2P platforms and the total amount of loans continued to decline for 28 consecutive months, Liu Fushou, the chief legal counsel of the China Banking and Insurance Regulatory Commission (CBIRC), said Friday at a routine State Council briefing.

Chinese authorities launched a sweeping crackdown on the unruly P2P industry four years ago as the sector was plagued by fraud and defaults. At its peak, P2P platforms issued more than $150 billion of loans from 50 million investors. CBIRC Chairman Guo Shuqing said investors still held more than 800 billion yuan ($115 billion) of unpaid debt from failed P2P platforms as of August.

China will support “reasonable innovation” in the financial industry as long as risks are under control and innovation serves and contribute to the real economy, Liu said. Meanwhile, all financial activities, including fintech, should be brought under unified regulation, he said.

While innovation and entrepreneurship are encouraged, all financial activities should be supervised in accordance with related laws to effectively manage risks, the meeting of the Financial Stability and Development Committee said.

Some viewed the vice premier’s remarks as a response to a speech delivered recently by billionaire Jack Ma, controlling shareholder of Ant Group and founder of parent company Alibaba Group, who criticized current regulations for hampering innovation in the name of preventing risks.

Days after Ma’s speech, he was summoned to a rare joint meeting with the country’s central bank and three other top financial regulators, which led to the suspension of Ant’s blockbuster concurrent listings.

Although Ant Group is not a strictly P2P platform, its major profit-generating online microlending platforms Huabei and Jiebei are coming under greater scrutiny from regulators.

The People’s Bank of China and the CBIRC issued draft rules Monday stipulating stricter standards for a range of operational and financial metrics including leverage levels, joint lending and cross-province business.