Zhang Wenhong: The Darkest Period of Covid-19 Is Behind Us 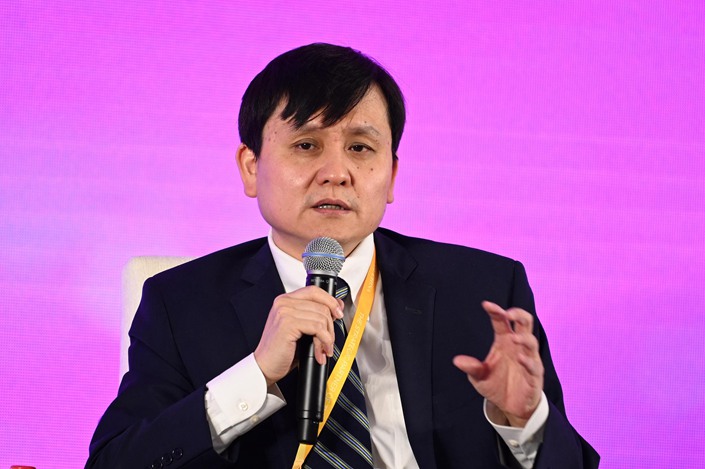 Zhang Wenhong is director of the infectious diseases department at Huashan Hospital in Shanghai.

No other pain can beat that brought to the world by the coronavirus, and it continues. When China took a breath from its work of taming the virus, the world was still in the dark. The cumulative reported death cases have already surpassed 1.09 million globally, while in China it has been almost contained at around 80,000 cases. But how far are we from the end of this doomsday-like situation?

Many people held the belief in March that the virus would be eliminated, like SARS, by the time summer arrived. But summer has gone, and more people are now moving to another conclusion, that the pandemic is likely to continue and has already established a new normal in daily life. Then how will we get the full picture of Covid-19?

We’ve been constantly wondering when the pandemic will be over, yet its deadly influence is far beyond our cognition, and this deserves a scientific discussion.

Since the outbreak in January, the confirmed cases throughout many countries have reached over 8 million. One of the most severely affected has been India, showing that young people have made up the main part of the spread of the virus.

Covid-19 tends to be horizontally transmitted among different age groups, which indicates that it spreads within people at the age of 0-14, and also among people who are aged over 65 years. This sets the context for the following discussion in which I will outline the strategies taken by different countries.

First, the experience of China which has progressively fought the virus. In the former epicenter of Wuhan, China imposed a sweeping lockdown for two months, and this proved to be a right call. This doesn’t necessarily mean the coronavirus is totally out of China. We are just one part of the global integration which explains why some sparse cases occur from time to time.

The experience in Wuhan raised our fears of the appearance of another epicenter from these small spikes. Thus, we learned the lesson that once having curbed the virus, we have to run faster than the virus. Otherwise, the result would be devastating in a country with a big population and scarce medical resources.

“As long as the most vulnerable groups of people become immune to coronavirus after being vaccinated, the death rate will in turn drop drastically. And the world will then definitely be ready to restart.”

For example, there have been some surges in Beijing, Xinjiang, and Dalian, but all these spikes have been contained swiftly in one month.

In summary, to analyze the Chinese experience, it first and foremost comes down to the government’s leadership. The authorities developed a series of policies and strategies involving the participation of experts and citizens. Through these initiatives they successfully raised citizens’ awareness and connected the government, experts and citizens to work on the same page. Indubitably, Chinese citizens have cooperated well with the government and this was an indispensable part of defeating Covid-19.

The second factor I would attribute to the containment is Asian values, encouraging individuals to sacrifice themselves for the sake of the whole community’s long-run benefit.

Dr. Margaret Chan, former Director-General of the World Health Organization, once emphasized the importance of the individual whose slight sacrifice of personal freedom can make a big difference to the whole of society’s future freedom. I strongly feel for this.

In parallel, other countries have also found their own ways to combat the virus, especially in Europe, despite those such as France and the United Kingdom having second waves worse than the first and raising doubts about their capacities. To be specific, every time there has been an outbreak, they have tightened restrictions, such as shutting down schools, avoiding gatherings, working online, and so on. One important factor is they have to ensure enough space in ICUs for critically ill patients with Covid-19. Whether those patients can be saved successfully is the de facto factor determining the death rate.

China worked to control Covid-19 from the very beginning but in contrast, both France and Britain have prolonged their response times. Their confirmed cases are soaring, but the death rate is dropping, and the rate in the U.K. has already fallen to around 0.5%. This indicates a dynamic formed in the strategy of these countries: since it is hard to completely remove the virus, they are now learning how to survive together with the virus. The strategies taken by China and European countries both make sense in themselves. China aimed to eliminate the virus quickly, but European countries are learning how to coexist with it after having been unable to eradicate it in the short term.

Against this context, everyone is banking on the invention of vaccines, which is the third strategy I am going to talk about. The current emergency vaccination will only be given to very few people in need. It is beyond most people’s reach, reminding us of the risks still existent in our schools, hospitals and communities.

With the pandemic still going on in countries around the world, we are thus still faced with the related challenges, and we cannot lower the guard. Especially on the bus, the subway or in some other packed places, it is a must to wear a mask and keep social distance. And after being back indoors, we do need to wash our hands.

Currently, China has been in a post-Covid stage for a couple of months. The first stress test it passed was the week-long National Day holiday when 600 million people went on domestic travel. Despite some small spikes, in general the virus is still under control thanks to government and community strategies.

The release of vaccines does not necessarily guarantee a total elimination of coronavirus. The vaccination rate in some countries can only be 30% or 40%. But as long as the most vulnerable groups of people become immune to coronavirus after being vaccinated, the death rate will in turn drop drastically. And the world will then definitely be ready to restart.

Whether it is the flu or other diseases, sharp falls in death rates will offer an opportunity to restart the world. At that point, China will embrace the new incoming challenges and the still-existent virus. Apparently, it will tackle the challenges by resorting to high vaccination rates to ensure lower infections inside the country.

All in all, I believe we have already gone through the darkest period, and the dawn is waiting for us on the way to the near future.