China Among 15 Nations to Sign Asian Trade Megadeal Sunday, With Opening for India 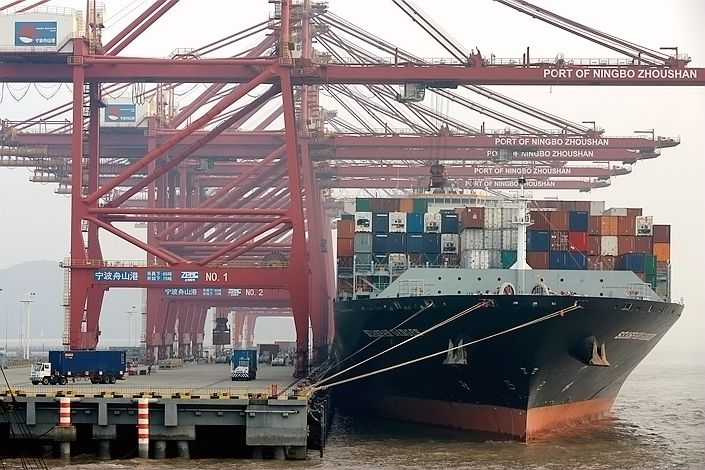 (Nikkei Asia) — Ministers from 15 countries in the Regional Comprehensive Economic Partnership agreed Wednesday to sign the long-awaited trade deal at a summit Sunday, leaving the door open for reluctant India to return later.

The 15 nations “have concluded negotiations and will sign the RCEP Agreement this Sunday” at the summit, Mohamed Azmin Ali, Malaysia’s international trade and industry minister, said in a statement.

“After eight years of negotiating with blood, sweat and tears, we have finally come to the moment where we will seal the RCEP Agreement,”Azmin said after an online ministerial meeting.

India had been involved when talks began in 2013 but said last year it would bow out. New Delhi has not returned to the negotiating table, despite Japan’s efforts to draw it back, amid concerns over India’s ballooning trade deficit.

Though other countries will not be permitted to join RCEP for a certain period of time after it takes effect, this provision will not apply to India. Members plan to draw up a separate document letting New Delhi participate at any time should it choose to do so.

RCEP will cut tariffs and establish rules in about 20 areas, including cross-border data flows. The agreement will do less to remove tariffs on farm and fishery products than the Trans-Pacific Partnership or the Japan-European Union economic partnership agreement, out of consideration for the many food exporters in the RCEP bloc.

RCEP will remove duties on 61% of such imports from Association of Southeast Asian Nations members, Australia and New Zealand, along with 56% from China and 49% from South Korea.

As for Japanese exports, the deal is expected to eliminate Chinese tariffs on some scallops in the 11th year after taking effect, a South Korean duty on candy in year 10 and Indonesian levies on some beef immediately after taking effect. Duties on Japanese sake and spirits are to be phased out as well.

Japan will maintain import duties on five politically sensitive product categories: rice, wheat, beef and pork, dairy and sugar. Tokyo scrapped import tariffs on 82% of farm and fishery products under the TPP and its deal with the EU.