U.S.-China Decoupling Could Spread to Manufacturing and Agriculture If Not Stopped, Expert Warns 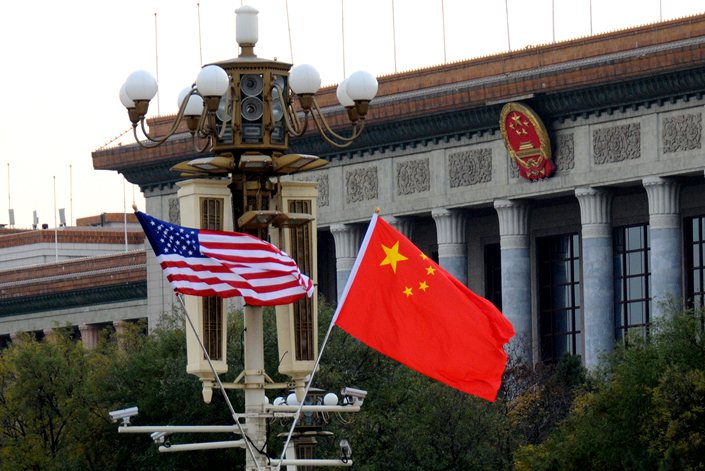 The comments came as tensions between Beijing and Washington remain high over a flurry of geopolitical and economic issues.

The United States and China should resist economic nationalism pressures and re-engage to find solutions to global concerns, including the Covid-19 pandemic and climate change, a U.S. State Department adviser told a Caixin online event Thursday.

Otherwise, said Jeffrey Schott, a member of the State Department's advisory committee on international economic policy, the "costly decoupling" between the two economies could spread from the tech sector to manufacturing and agriculture.

Schott, also a senior fellow specializing in international trade policy at the Washington-based Peterson Institute for International Economics, said the two countries needed to reach "some bilateral accommodation" to engage and cooperate to find international solutions to a number of "notable concerns."

He said the U.S. and China should be "avoiding the costly, inefficient decoupling of our economies right now as threatened in the high-tech sector. But that could spread across the board to both manufacturing and agriculture."

"It's critical that the United States and China resist pressures to close and expand initiatives of economic nationalism to find solutions that benefit countries rich and poor," he added.

The comments came as tensions between Beijing and Washington remain high over a flurry of geopolitical, economic issues, including competing for dominance in advanced technologies, and regional security rivalry in the Taiwan Strait and South China Sea.

Kishore Mahbubani, a professor and founding dean of the Lee Kuan Yew School of Public Policy at National University of Singapore, also said at the same event "there will be a major U.S.-China geopolitical contest over the next decade or two. That's a given. Nothing can stop this."

He suggested China should "continue with strong policies and continue to march forward towards globalization and maybe even consider joining things like CPTPP in addition to the RCEP."

The 11-country CPTPP originated from the Trans-Pacific Partnership (TPP), a trade pact promoted by former American President Barack Obama to help the U.S. counter China’s growing economic influence in Asia. China was excluded from the negotiations.

In May, during a press conference of the national legislature’s annual meeting in Beijing, Premier Li Keqiang confirmed that “China has a positive and open attitude toward joining the CPTPP.”