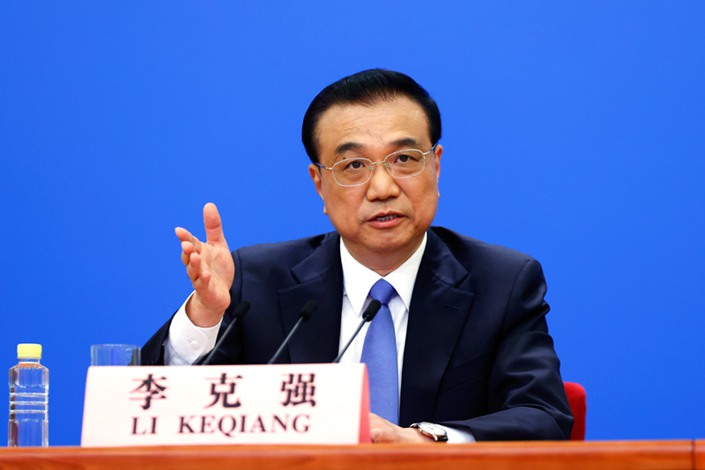 Premier Li Keqiang said Thursday that China is willing to consider joining the Asia-Pacific’s largest free-trade pact, the Comprehensive and Progressive Agreement for Trans-Pacific Partnership (CPTPP), as Beijing sets its priorities for trade talks this year to drive an economic recovery amid Covid-19 pandemic.

When asked about China’s plan to join the CPTPP, Li told reporters at a wide-ranging press conference on the final day of the national legislature’s annual meeting in Beijing that “China has a positive and open attitude toward joining the CPTPP.”

The premier’s comment appears to be the first time that a Chinese leader has publicly confirmed China’s interest in joining the partnership, which consists of 11 Asia-Pacific countries, including Japan, Canada and Australia. Together, they account for more than 13% of the global economy.

Trade experts welcomed the positive signal from the premier regarding the further opening of China’s market, but they were also wary of predicting that China would join the pact in the near term as the coronavirus pandemic takes a toll on global growth.

Kishore Mahbubani, a professor and founding dean of the Lee Kuan Yew School of Public Policy at the National University of Singapore, told Caixin in an interview that he is “very encouraged” by Li’s “strong and powerful” signal about joining the partnership.

Mahbubani said that China’s willingness to consider joining the CPTPP would “make the region much more stable” geopolitically.

The 11-country CPTPP originated from the Trans-Pacific Partnership (TPP), a trade pact promoted by former American President Barack Obama to help the U.S. counter China’s growing economic influence in Asia. China was excluded from the negotiations.

Obama’s successor, President Donald Trump, withdrew from the TPP in 2017, deriding it as a “bad deal” for the country. Instead, Trump later engaged in a nearly two-year trade war with China, blaming Beijing for the U.S.’ massive trade deficit and accusing it of allowing rampant intellectual property theft.

“The U.S. has decided to launch a geopolitical contest against China, unwisely,” Mahbubani said. “So the best way in which China can respond is not to close up its economy, but to open up its economy. Then China should strengthen its links with its neighbors and with the rest of the world.”

However, other than Li’s statement, Beijing has not announced any “feasibility research” into joining the CPTPP. The government usually announces such research at the start of the process of negotiating a new trade pact.

Critics also say that it would be difficult for Beijing to accept some provisions in the CPTPP agreement, including allowing organized labor unions and limiting the role of state-owned enterprises in the market.

“Vietnam has been able to comply with the labor unions and SOE provisions. So in the same way, China can also qualify,” Mahbubani said. Under the TPP, which went into effect in December 2018, trade between Vietnam and the other 10 members grew rapidly. Vietnam customs data showed that in the first seven months of 2019, the country had a trade surplus of $1.8 billion, over half of which came from trade with other CPTPP members.

“It’s important for China to talk to some of the key players, like Japan, like Vietnam, like Singapore, and to explore the possibilities of joining CPTPP,” Mahbubani said.

Atsuyuki Oike, Japan’s former deputy TPP negotiator, told Caixin in an interview late last year that “CPTPP members welcome everybody who is willing to take on the high standard of market access commitments and the high standard rules. I think that’s the statement that we all agreed (to) among the eleven countries.”

Asked about China joining the CPTPP, Oike, who is now the head of Japan’s delegation to UNESCO, doubted if China would agree to the “high standard” of rules in the CPTPP.

“It is up to China, not CPTPP members, to decide whether China is willing to take on those CPTPP rules. We can always negotiate some exceptions. That’s no problem. But in terms of basic rules, we cannot change them,” he said.

Shi Yinhong, a professor of international relations at Renmin University in Beijing, said he questions whether Vietnam could serve as a precedent for China. “Vietnam’s exports are limited to a few industries. Its government can liberalize those industries without hurting the overall domestic political situation.”