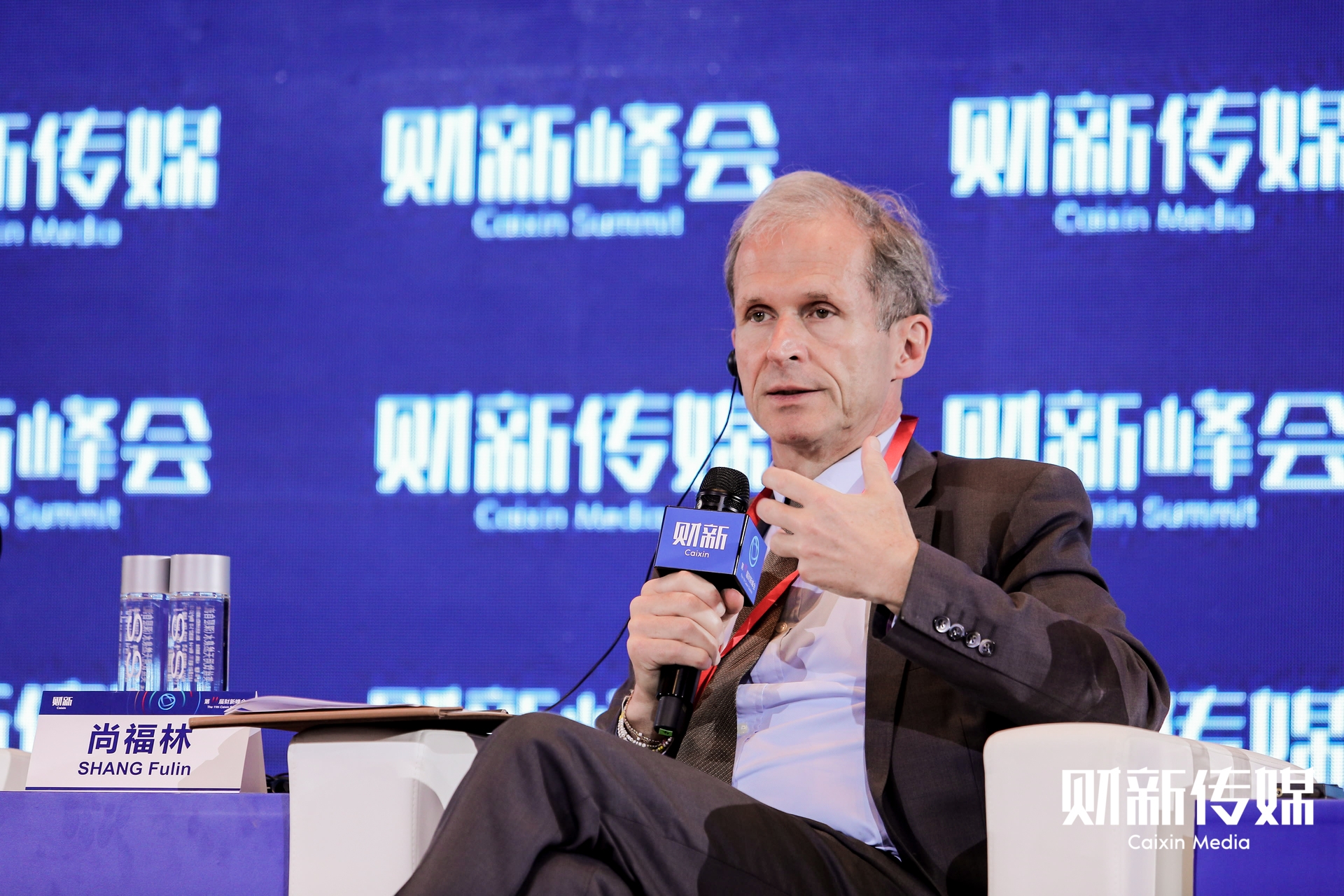 China hasn’t yet fallen into the “middle income trap” but it must work hard to escape it completely, said the Asian Infrastructure Investment Bank’s Chief Economist Erik Berglof, as the country prepares to finalize its 14th Five-Year Plan.

“The good news is that when you look at what has been achieved during the 13th Five-Year Plan, China has what it takes to escape the middle income trap,” Berglof told the Caixin Summit in Beijing on Saturday.

The middle income trap describes the process in which a fast-growing developing economy finds its expansion slowing when it approaches the middle-income level. Berglof said that to avoid this trap a country needs to demonstrate the capacity to transform itself, and China has shown it can shift from investment-led economic growth to productivity-led growth.

“The bad news … is that sustaining growth, from here I mean sustainable growth and inclusive growth, is going to be much more difficult and challenging,” Berglof said.

Earlier this month, China unveiled more detailed proposals for its 14th Five-Year Plan, which covers the country’s economic, social and political development plans between 2021 and 2025. The proposal, which was approved at an October policy meeting, highlighted key themes including high-quality development of the economy and technology independence.

The proposal does not give any numerical targets for expansion in GDP. But President Xi Jinping said in an explanation it is “completely possible” that China will reach the current standard for high-income countries by the end of the plan period and double its total economic output or per capita income by 2035. Some economists view this 2035 goal as “quite challenging.”

The 14th Five-Year Plan will be presented to the country’s top legislature, the National People’s Congress, for approval at its annual meeting that usually takes place in March.

Berglof said China faces a series of challenges during the 14th Five-Year Plan period, including rising geopolitical tensions that have cast a shadow over its ability to innovate. The rapid pace at which technological, social and environmental constraints are changing also makes sustaining growth tougher.

Berglof also talked about the “dual circulation” strategy mentioned in the plan, a buzzword which involves making the economy more reliant on “internal circulation” — the domestic cycle of production, distribution and consumption — for its development, while being supported by “external circulation,” which relates to international trade and investment and China’s links with the rest of the world.

“It must not be about isolation. Yes we might need a different balance between domestic and foreign markets, but we mustn’t close China off,” he said.