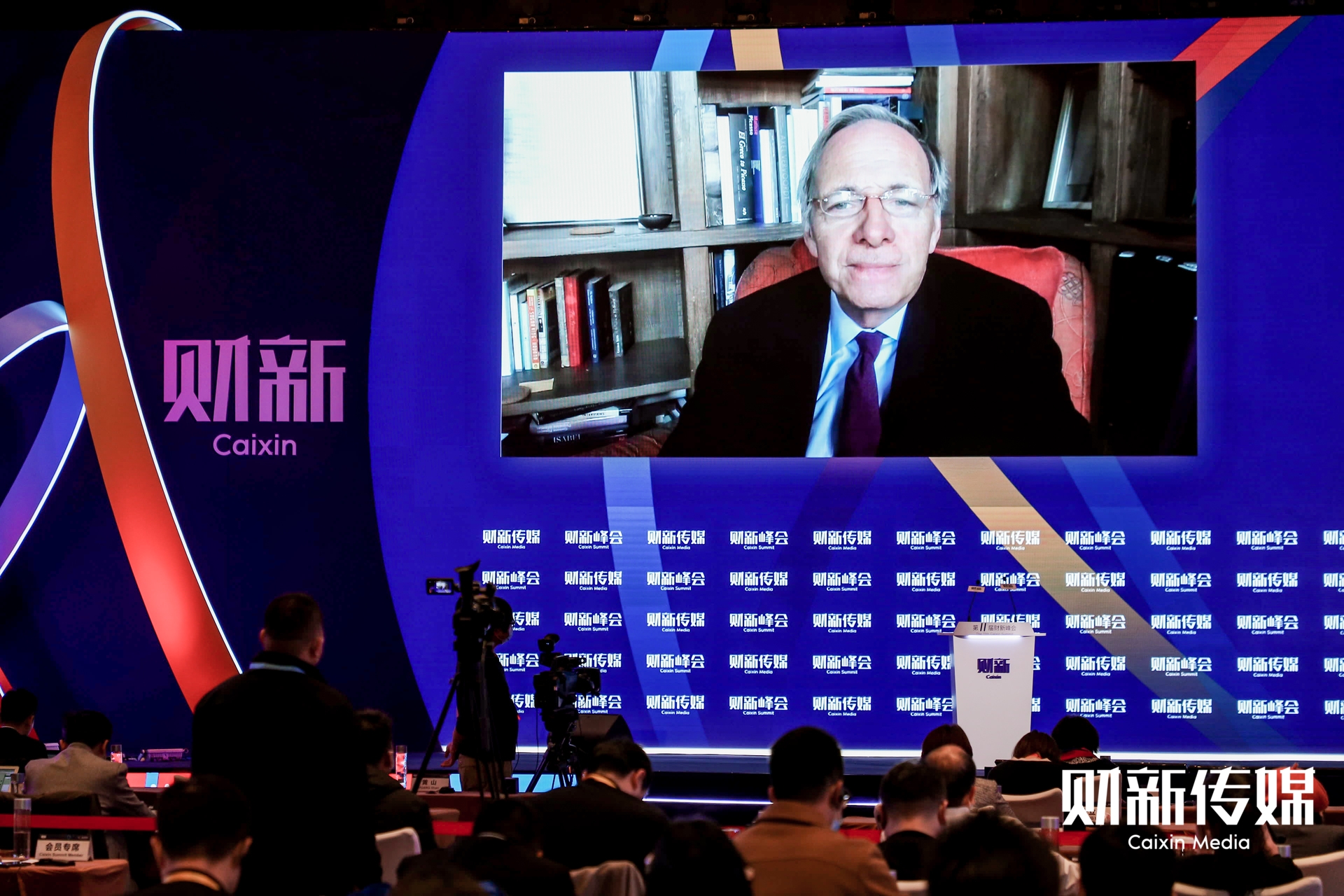 Ray Dalio speaks to the Caixin Summit in Beijing on Nov. 14. Photo: Caixin

While China’s financial sector and the yuan’s reserve status are still lagging behind the U.S., this is changing rapidly, said Ray Dalio, founder and co-chairman of global hedge fund giant Bridgewater Associates LP.

Dalio presented a Bridgewater index that attempts to gauge each nation’s power by quantifying its currency’s reserve status, the strength of its financial sectors, competitiveness in world markets, share of global trade, economic output, education, innovation and technology, and military.

While China has rapidly risen to be a power comparable to the U.S., the yuan’s status and the country’s financial markets have not developed as much as some other aspects of the country’s economy, said the U.S. hedge fund founder.

However, Dalio said he expects the country’s strength in these areas to grow as it opens its financial markets to overseas participants. About 60% of all domestic assets are now “accessible to” foreign investors, up from just 1% in 2015, he said. China’s capital markets have also gotten bigger and more liquid, now accounting for around 15% of the world’s equity market in terms of market value, he added.

The billionaire investor said these changes have not only enabled his firm to set up investment funds in China and bring investors into Chinese markets, but also allowed Bridgewater to run an onshore fund for Chinese domestic investors. Originally founded in 1975, the company managed over $130 billion worth of assets across the globe as of April 30.

A lot has also changed in the U.S., he noted. The country reached the end of a long-term debt cycle when interest rates hit 0%, its wealth and income gaps are the largest since the 1930s, and political polarization is the most extreme since 1900.

This is a very special moment for China and the U.S., said Dalio, due to the development and rapid opening of Chinese capital markets, the relative attractiveness of yuan-denominated assets, and global investors’ underweighted involvement in them previously. By contrast, the fundamentals of the U.S. and the dollar are becoming more challenging, making China a relatively competitive place to move capital.

These changes will broadly benefit both Chinese and foreign investors, Dalio said, as Chinese investors will also learn more amid the opening-up. “I look forward to what is to come and to continue to be a participant in this remarkable journey,” he said.