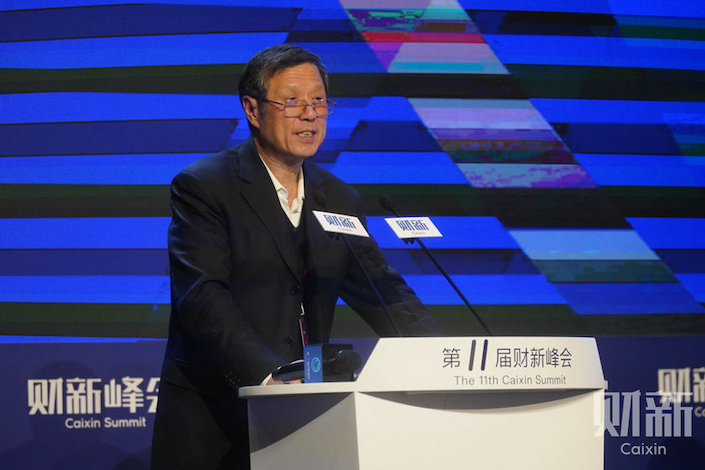 Digital technology and data services should become a factor in national economic statistics as the sector accounts for a booming share of Chinese people’s lives and increasingly steers decision making by businesses and government, a former senior official of the National Bureau of Statistics said Friday at the Caixin Summit in Beijing.

Digital technology and data catalyze the digital economy, which accounted for 16.3% of China’s GDP in 2019, said Xu Xianchun, former deputy director of the NBS who is now director of the China Data Center of Tsinghua University. Digital data is playing an increasingly important role in economic development, and many companies value it as an important asset as the role of traditional tangible assets declines, he said.

But this value is not reflected in GDP accounts, he said.

This is a problem not only for China. With an even larger digital economy and more big technology companies, the U.S. also fails to truly reflect the digital economy’s contribution to GDP. Research published in December 2019 by the Harvard Business Review showed that social media giant Facebook Inc. alone created more than $225 billion of uncounted value for consumers since 2004.

Companies are increasingly generating profits based on their ability to mine, store and exploit data, Xu said. Data and digitization directly promote enterprises' marketing precision, product customization, intelligent production and operation, and efficient allocation of resources, he said.

New-economy enterprises with data as their main assets have also shown greater resilience to risks during the Covid-19 pandemic, Xu said. In the first quarter, China’s GDP fell 6.8%, but the software and information technology services sector grew 13.2%, contributing 0.6 of a percentage point to economic growth.

“Without the software and information technology services sector, the economic downturn would have been much worse,” Xu said. “The new economy is playing an important role in buffering the downturn and promoting the recovery.”