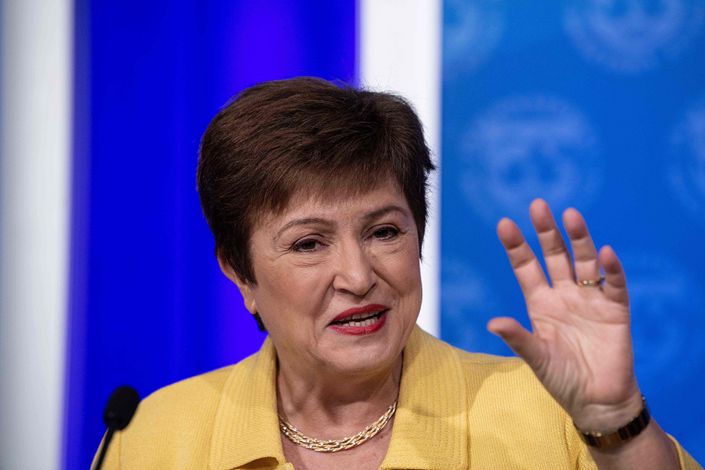 Kristalina Georgieva, managing director of the International Monetary Fund (IMF), called for “determined collective action” by governments around the world to vanquish the coronavirus and to continue with monetary and fiscal support to underpin the global economy’s recovery from the pandemic.

“We cannot possibly achieve a sustainable recovery unless we bring a durable exit to the health crisis,” Georgieva said in a pre-recorded speech for the 11th Caixin Summit held in Beijing on Friday. The number one priority for next year is “to defeat the virus, defeat it everywhere,” she said.

“That means to take action to protect people from the virus while it is still with us — and most importantly to take action to have vaccines and treatment and make sure that they are available everywhere. This crisis teaches us that we are as strong as our weakest link.”

Global markets have been buoyed this week by news that a vaccine developed by German firm BioNTech SE and U.S. drugs giant Pfizer Inc. could be available by the end of this year. Other potential vaccines, including several developed by Chinese companies, are also undergoing phase III trials.

But much of the world is still gripped by the pandemic, which has caused the biggest contraction in the global economy since the 1930s. The total number of cases in the U.S. topped 10 million this week and infections across the world have exceeded 52 million with the death toll approaching 1.29 million, according to data compiled by John Hopkins University. A second wave of infections is sweeping across vast swathes of the globe including Europe, threatening the green shoots of a fragile recovery.

China imposed draconian measures to bring the virus under control, and after reporting the first quarterly contraction in economic growth since 1992 in the first three months of 2020, it has seen a steady recovery. The IMF is now projecting 1.9% GDP growth for the full year, compared with a forecast contraction of 4.4% for the world as a whole. In 2021, the IMF estimates China will expand 8.2%, way faster than its projection of 5.2% for the global economy.

“The Chinese economy is going to be one of the very few that will finish 2020 with positive economic growth,” Georgieva said.

The former World Bank CEO urged governments around the world not to ease up too soon on the stimulus and aid they’ve injected into their economies to counter the impact of the pandemic.

“Do not withdraw fiscal policy support and monetary policy support prematurely,” she said. “We must be determined to underpin the road to recovery with continuous strong policy actions.”

But she also urged policymakers to focus on the future not on the past, and to ensure that the action they take to support the recovery is “oriented not to reproducing the economy of yesterday but shaping the economy of tomorrow.”

More public investment should be made in areas that will generate resilience in the population –– such as education, health and social protection –– and in green infrastructure to ensure that “we can build a low-carbon, climate-resilient economy for tomorrow,” Georgieva said. Technology and the digital economy should also be used to reduce inequality and provide equal access to new opportunities.

Global trade, which has been an engine of growth for decades, still has an important role to play, Georgieva said, but, in an acknowledgement of criticisms that there have been many losers from globalization, she said the focus going forward should be on ensuring that everyone benefits from trade.