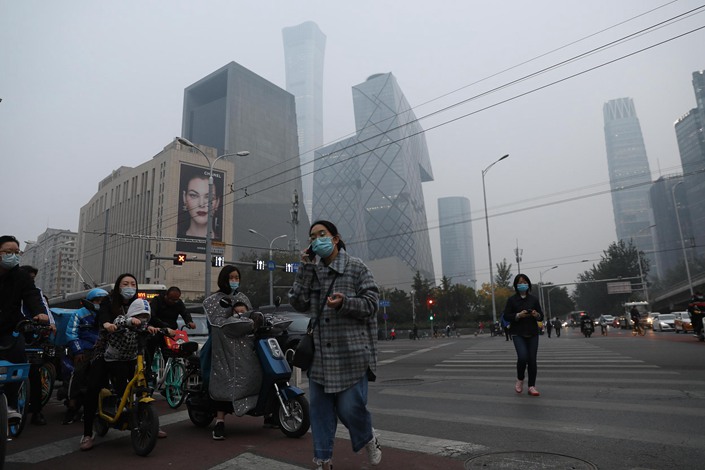 The alerts coincide with the beginning of the winter heating season in the country’s north.

Most of the cities – which are in the Beijing-Tianjin-Hebei region or the Fenwei Plain which includes parts of Shaanxi, Shanxi and Henan provinces — have enforced orange alerts, which are the second-most severe warnings on a tiered scale. Seven of the cities, including the province-level municipalities of Beijing and Tianjin, have issued yellow alerts, one notch below orange.

The alerts coincide with the beginning of the winter heating season in the country’s north, as well as an industrial comeback in the wake of suspended work earlier this year amid the domestic Covid-19 epidemic.

This is despite a plan by the environment ministry that says the cement industry should reduce production in the Beijing-Tianjin-Hebei from the beginning of November, in a bid to reduce the polluting sector’s contribution to seasonal smog.

Under a smog action plan, the cities now choked by smog will take localized measures based on their own capacity to reduce pollution. For example, the Hebei province city of Tangshan, home to many heavy industries including a wealth of steel mills, should be able to cut its output of several smog components including particulate matter by as much as 30% in the short term.

A plan jointly issued in late October by several national ministries and provincial governments put smog targets in place for cities in the Beijing-Tianjin-Hebei and Fenwei Plain regions, setting daily average air pollution goals and limiting them to a certain number of heavily polluted days this winter. However, Beijing had exceeded its quota before the plan was even released.

The current smog event is predicted to end by Wednesday at the latest with the arrival of rainstorms across northern China, followed by a high pressure system rolling into the region from the northwest which will help dispel any remaining airborne contaminants.