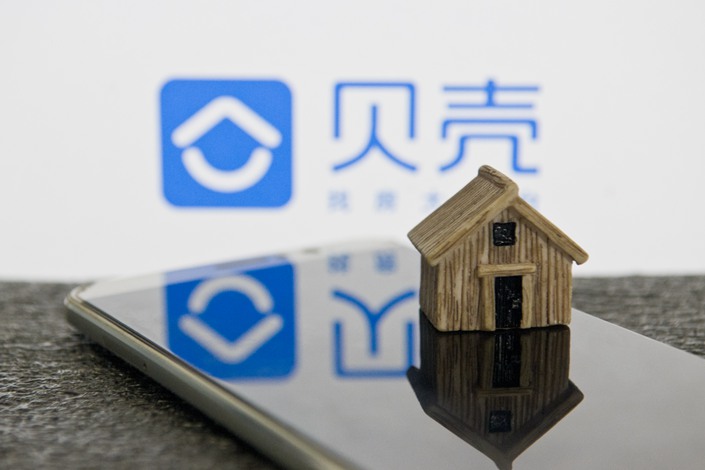 Softbank-backed online property platform KE Holdings Inc. posted strong revenue growth in the quarter it went public in New York, but stayed in the red due to costs related to share-based compensation for employees.

The real estate services provider, which operates major estate agent Lianjia, recorded a net loss of 271 million yuan ($40 million) for the July-to-September period, compared with a 77 million yuan loss a year earlier. But on an adjusted basis, which excludes share-based compensation, its third quarter profit tripled to 1.9 billion yuan.

The strong adjusted profit came on the back of 71% year-on-year revenue growth for July to September, which was driven by the solid growth in the number of transactions it facilitated. The value of these transactions hit 1.05 trillion yuan in the third quarter, up 87.2% year-on-year.

The Beijing-based company is rapidly growing its customer base in the world’s largest housing market. In the third quarter, its average monthly active users jumped by 82.1% year-on-year to 47.9 million, and it held over half of the housing stock in the country, said the company’s CEO Yongdong Peng on an earnings call Tuesday. It also has 4,400 brick-and-mortar Lianjia locations as of September.

KE’s share price has more than tripled since its $2.1 billion August debut on the New York Stock Exchange, closing at $67.60 on Tuesday.

The company remains optimistic about China’s housing market. “The clearest sign on the national policy is that ‘housing is for living in’ is the national policy,” said the company’s Chief Financial Officer Tao Xu. “So we are in front of a very balanced market.”