After 22 Years Behind Bars, Convicted Murderer Gets Chance at Clearing His Name 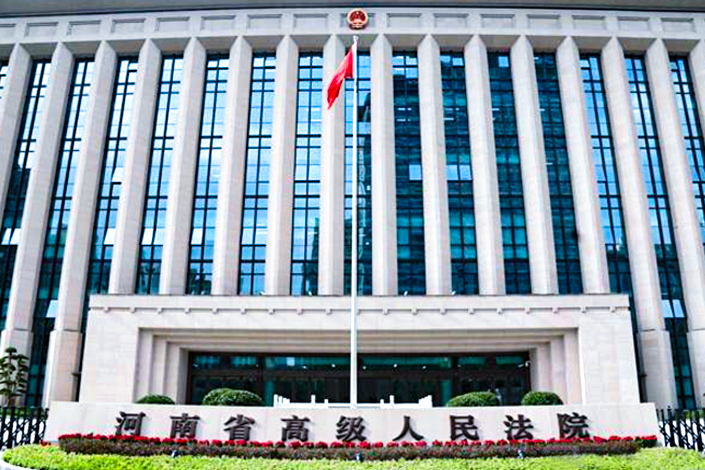 A man who spent more than two decades in prison for murder has hope of clearing his name after a high court agreed to conduct a retrial.

Xie Zhehai, 49, of Central China’s Henan province, served 22 years behind bars for the killing of a woman from a village near his own in 1996. He was released in 2018 on completing his sentence.

Xie, who has always maintained his innocence, was previously denied a retrial on the grounds that his case did not meet the legal requirements. He finally got his wish on Tuesday, when he received a ruling from the provincial high court saying it would revisit the incident.

“I’m so excited that I’ve been crying ever since,” Xie told Caixin in an interview.

The case echoes that of Zhang Yuhuan, the victim of China’s longest unjust imprisonment, who was exonerated in August after wrongfully serving nearly 27 years in jail for a double homicide. At a retrial, a court overturned his conviction due to “unclear facts and insufficient evidence.”

On the night of May 30, 1996, Wang Yun, a 22-year-old woman from the village of Dayingzi, was beaten to death. Police arrested 18 people on suspicion of murder, including Xie, who was drinking with friends in the village on the night in question.

The provincial public prosecutor later accused Xie of intercepting Wang on the road into the village at around midnight, attempting to rape her, and attacking her with part of a metal water pump when she resisted, striking her on the head, chest and legs.

During a grinding four-year investigation and trial, Xie made more than 10 statements to the police and judicial authorities. In most of them, he asserted he was innocent. But some — including a testimony given to the police shortly after Wang’s death — contained confessions.

In February 2000, a court cited that testimony to convict Xie of intentional homicide. He was sentenced to life imprisonment, a punishment that was subsequently whittled down to 22 years and four months after a series of commutations.

But that was far from the end of the story. During his years in prison and especially after his release, Xie always maintained that the evidence against him was far from conclusive.

He claimed local police had extracted his confessions under torture, making them inconsistent with later testimonies not given under duress. The initial police report states that officers “launched a strong political offensive” against Xie in the summer of 1996, a common euphemism for a range of extreme interrogation techniques.

Additionally, Xie argued prosecutors had failed to reasonably prove several crucial facts of the case. For instance, they did not detect his fingerprints on the apparent murder weapon and alleged that he had inflicted wounds on Wang that did not match the coroner’s report.

Notably, both the police report and Xie’s initial confession said he was wearing a white shirt that became stained with Wang’s blood on the night of the attack. But police were subsequently unable to produce this crucial piece of evidence, and Xie’s friends testified that he had been clad in a gray “Hong Kong shirt,” a term used in the mid-1990s to refer to rarely seen T-shirts.

However, Xie’s protestations did not save him from a lengthy jail sentence. He continued to fight for exoneration after his release, filing an appeal to the Henan High People’s Court in February last year. The court refused to retry the case, citing his confessions, witness testimony and evidence from the police investigation and autopsy.

“The original trial established that the facts of the case were clear, and the law was applied correctly,” the court said. “The conviction was justified and the trial proceeded in accordance with the law.”

Undeterred, Xie then took his case to China’s Supreme People’s Court and — somewhat indirectly — got a different response. On Tuesday, while working at a construction site in the provincial capital, Zhengzhou, he received a package forwarded from his home address, bearing an official court postmark.

Inside was a written ruling issued Sept. 22 by the provincial high court, stating that the evidence submitted against Xie appeared “unreliable and insubstantial,” and met the conditions for a retrial. A new court date has not yet been set.

Criminal exonerations regularly make the news in China, a country whose shift toward greater rule of law often turns up miscarriages of justice from years or decades past.

In August, the High People’s Court of East China’s Jiangxi province exculpated Zhang, a village carpenter unjustly jailed in 1993 for the murders of two children. Like Xie, Zhang constantly maintained his innocence, claimed police had extracted his confession under torture, and alleged serious inconsistencies in the evidence used to convict him.