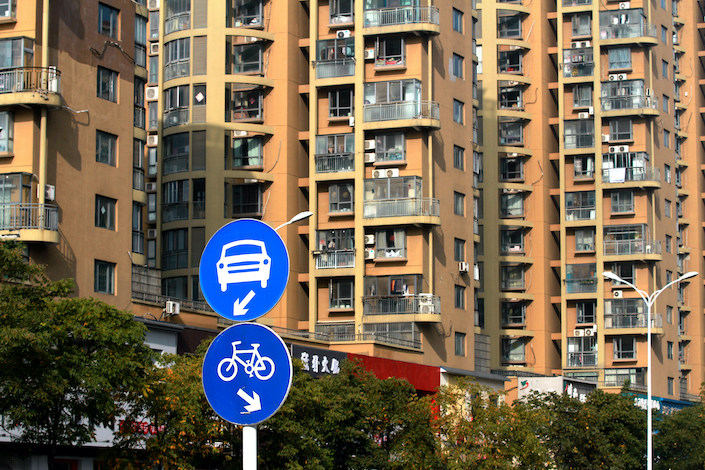 The Beijing municipal government has tried to broker a deal to rescue Danke Apartment.

Several apartment rental companies are in talks to take over struggling Danke Apartment, but the rental platform’s funding shortfall of as much as 3 billion yuan ($457 million) makes potential buyers wary.

Danke, run by New York-listed Phoenix Tree Holdings Ltd., and other long-term apartment rental platforms have become mired in financial troubles in the wake of Covid-19 pandemic, raising questions about a business model that requires immense sums of cash up front to fund a rapid expansion.

A number of such operators ran out of cash and collapsed, causing tens of thousands of renters to be evicted. Regulators in several cities issue guidelines clamping down on risk in the rental housing market. Hangzhou’s housing regulator requires apartment rental companies to deposit a risk prevention and control reserve equivalent to two months of rent into a special account managed by the government.

Danke faces a backlash from many landlords and renters in several big Chinese cities, including Beijing, Shenzhen and Hangzhou. Angry landlords who haven’t received rent payments from Danke have tried to evict tenants. But tenants who said they already paid rent to Danke resisted giving up their apartments.

Apartment rental platforms like Danke sign long-term leases with owners of apartment units, renovates them and then sublets apartments to tenants. The platform’s profit model is supposed to be the premium it charges tenants. But to attract tenants and landlords, many Chinese apartment rental platforms have been offering higher rents to landlords than they collect from tenants.

One of the potential Danke buyers is reportedly Beijing 5i5j Real Estate Brokerage Co. Ltd., a real estate broker that also runs a long-term apartment rental platform called Xiangyu. But a market analyst said a deal between the two is unlikely because Beijing 5i5j has been cutting its nonperforming apartment inventory.

As of June 30, Beijing 5i5j managed 253,000 apartment units. Danke managed 415,000 as of March 31. Many of the apartments Danke manages are nonperforming inventory, a person close to Danke said.

Beijing 5i5j told Caixin that it hasn’t received any notice about taking over Danke.

In late October, cash-strapped Danke asked for help from the Beijing Municipal Commission of Housing and Urban-Rural Development. The government has since tried to broker takeover talks with several potential buyers, Caixin learned. One of the potential buyers, rental apartment company Ziru, negotiated with Danke and conducted due diligence on its apartment inventory.

Danke ran out of money and needs 2 billion to 3 billion yuan to continue in business, a person close to the Ziru talks said.

Tencent-backed online bank WeBank is a rent-financing partner with Danke. When a tenant signs a lease with Danke, the tenant also signs a rental loan contract with WeBank, which would pay a full year’s rent in advance to Danke. Then the tenant would make monthly loan payments to WeBank.

WeBank paid about 2 billion yuan of advance rent to Danke, and now “this money is all gone,” the person close to Ziru said.

WeBank didn’t immediately respond to a Caixin request for comment.

Caixin learned that Danke also has not funded risk prevention and control reserves as required by regulators.

Danke has yet to turn a profit since its inception in 2015 as it is still recovering immense sums spent on leases and renovations. For the first quarter of this year, its net loss grew by 51.2% year-on-year to 1.2 billion yuan, the company’s latest earnings report showed.

The company’s financial troubles didn’t start with the pandemic. Since the second half of 2019, Danke has demanded that its landlords reduce — or completely waive for a certain period — the rent it pays, sparking an uproar.