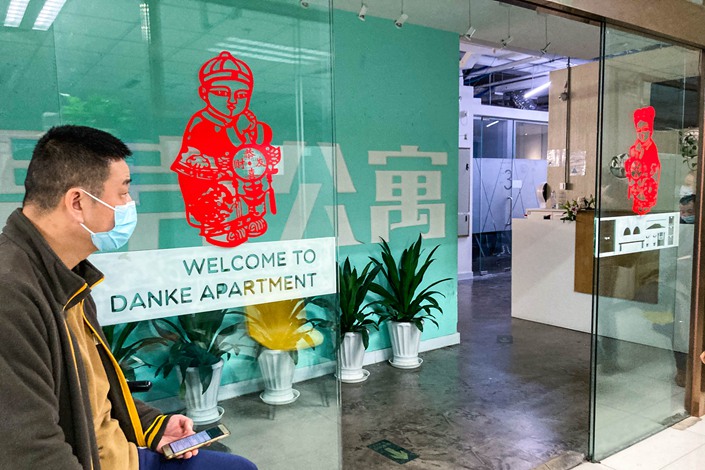 Danke Apartment, one of China’s largest rental specialists, has not been paying rent to property owners, the service’s tenants said, causing an uproar that could leave some of its users out on the street.

Danke, which is run by New York-listed Phoenix Tree Holdings Ltd., is one of the latest rental agents whose financial troubles have worsened in the wake of China’s coronavirus epidemic, raising questions about a business model that requires immense sums of cash up front to fund a rapid expansion.

The service makes its money by leasing apartments from property owners on a long-term basis, then renovating and furnishing the properties so they can be sublet to renters at a higher rental price. However, the company is now running out of cash after struggling to attract renters during the pandemic lockdowns.

Danke is now facing backlash from many of its landlords and renters in several big Chinese cities, including Beijing, Shenzhen and Hangzhou. Angry landlords who haven’t received rent payments from Danke have tried to evict the service’s users, multiple tenants told Caixin. But the users, who said they have already paid rent to Danke, were reluctant to give up their apartments.

Since last week, some landlords have taken action to force renters to leave, such as cutting off the electricity or water — or changing the locks, the tenants said.

A representative of Danke told Caixin the company is in the midst of financial difficulties, but is working to solve its problems and won’t “run away.” In recent months, several long-term rental operators in China collapsed and their bosses have vanished with tenants’ rents and deposits.

Much like those other companies, Danke doesn’t make money unless it collects more rent from its tenants than it pays to property owners. However, it has yet to turn a profit since its inception in 2015, because it is still recovering the immense sums that it spent on leases and renovations. For the first quarter of this year, its net loss grew by 51.2% year-on-year to 1.2 billion yuan ($174.3 million), the company’s latest earnings report showed.

The company’s financial troubles didn’t start with the pandemic. Since the second half of 2019, Danke has demanded that its landlords reduce — or completely waive for a certain period — the rent it pays, sparking an uproar.