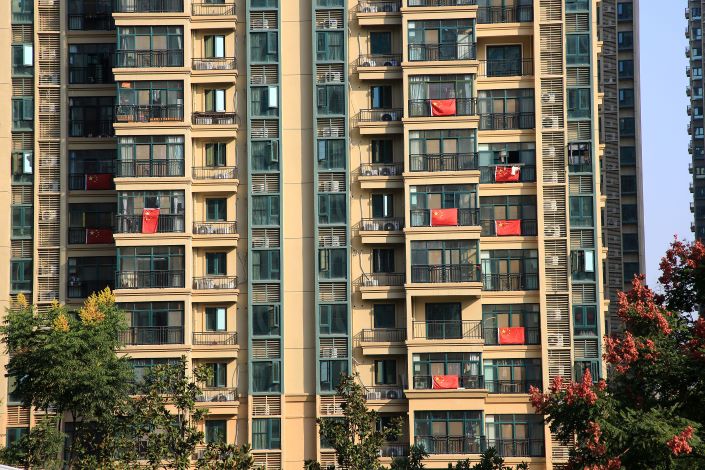 Landlords in contracts with Q&K are being asked to lower rents or terminate contracts.

Q&K International Group, China’s first long-term apartment rental platform to be listed on Nasdaq, is asking landlords to lower rents as the company faces mounting losses from offering its tenants rents lower than it pays the landlords.

Landlords in Shanghai, Beijing, Hangzhou, Suzhou and Nanjing, some of the country’s most expensive cities, received a notice before Christmas from Q&K, asking them to lower rents by amounts ranging from a few hundred yuan to more than 1,000 yuan ($144) or terminate their lease contracts if they decline to reduce rents.

The move followed new guidelines issued last month by the housing ministry and banking and market regulators. The guidelines aim to strengthen the supervision of rental companies with risky business models, such as paying homeowners more than the eventual rental price to gain market share.

Founded in 2012, the Shanghai-based company signs long-tern leases with owners of apartment units, renovates them, and then sublets apartments to tenants. The platform’s profit model is supposed to be the premium it charges tenants. But to attract tenants and landlords, many Chinese apartment rental platforms including Q&K have been offering higher rents to landlords than they collect from tenants.

The company posted a net loss of $81.3 million on revenue of $130.8 million in the nine months ended in June, according to the company’s prospectus. Q&K went public in the U.S. in November, listing on Nasdaq after raising $45.9 million. Shares of Q&K have dropped more than 30% from the initial public offering price of $17 a share.

Since 2017, a number of apartment rental operators collapsed after they ran out of cash pursuing this loss-making strategy, causing tens of thousands of renters to be evicted and prompting regulators to issue guidelines clamping down on risks in the rental housing market.

In its letters to landlords, Q&K said its request for lower rents is to implement the recent regulation. But homeowners argue that Q&K misinterprets the country’s policy and that its move constitutes unilateral breach of contract.

Q&K also asked landlords to provide one month free-rent for a one-year lease. If landlords refuse to lower rents, they can terminate the lease agreement with the platform, according to the letters to landlords. But Q&K didn’t mention in the letters whether there would be a remedy to those landlords for a breach of contract.

As an incentive to employees, Q&K is offering 30% of rent reductions to employees who succeed in persuading landlords to agree on new terms, according to an internal document obtained by a landlord.

The document shows that Q&K aims to renegotiate with owners of 600 apartment units on rent reductions or lease terminations. The platform had nearly 100,000 available rental units across six Chinese cities as of the end of 2018.

Q&K is also facing complaints from tenants who alleged they haven’t gotten deposits back after moving out, another indicator that the company might be tight on cash.